There are a lot of well-known and not so famous companies in the world. However, not all of them have a noticeable impact on the lives of ordinary consumers. Moreover, those who succeeded, in fact, are very few.

In the presented list (in alphabetical order), each of the companies turned out to be a revolutionary in their field. Behind each of these names is the idea of creating a product, technology or concept that has had a huge impact on our daily lives, and has now become a familiar and integral part of it. 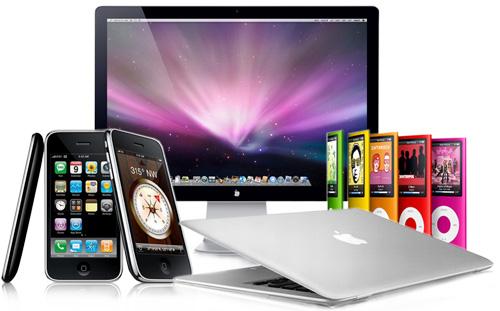 The founder of the company, Steve Jobs, not without reason became famous precisely as a man who managed to change the world. And change drastically. Interestingly, at the same time, the company did not actually invent anything new, but finalized existing ideas, bringing them to perfection. First, Apple released the first true personal computer, making it suitable for ordinary users, not just enthusiasts. Through the efforts of the company, concepts such as a graphical interface and a mouse, previously invented in the laboratories of another manufacturer, but actually buried there, entered our lives. Apple also did not invent the mobile phone, MP3 player, and tablet computer. But it fundamentally transformed the market for these devices. 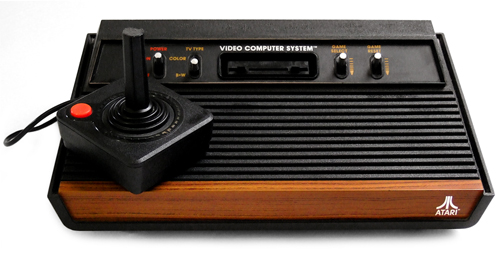 The first computer games were created for large computers. But they were not made for entertainment, but rather as a curious experiment, young programmers simply created new areas, demonstrated the potential of computer technology. In those years, computer time was very expensive, no one seriously could have thought that in the future ordinary users would be able to use computing systems specifically for games. Therefore, when Nolan Bushnell created his first slot machine, he could not even imagine that he was thereby creating a new direction in the business. It is thanks to Atari that game consoles have appeared in our homes. It was this company that laid down the concept of these devices, starting with primitive analog solutions and turning them into specialized computers. 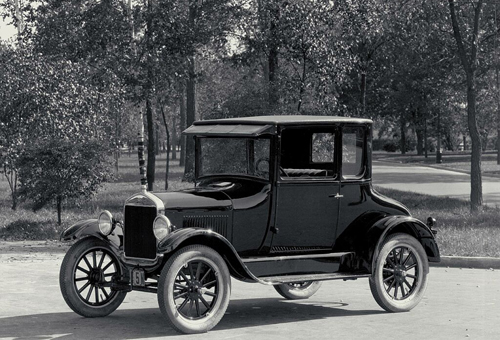 Henry Ford did not invent the automobile, but he did invent a concept that made it possible for middle-income consumers to get behind the wheel as well. The story of the unsightly little car Ford T, which received many mocking nicknames, is an example of how sometimes a non-standard decision changes not only the fate of the company, but also the history of the whole world. It suddenly turned out that a car can be not only a luxury, but also a means of transportation. Subsequently, many affordable cars appeared in the world that became real legends - Volkswagen Beetle, Citroen 2CV ... But the Ford T was the very first of them. 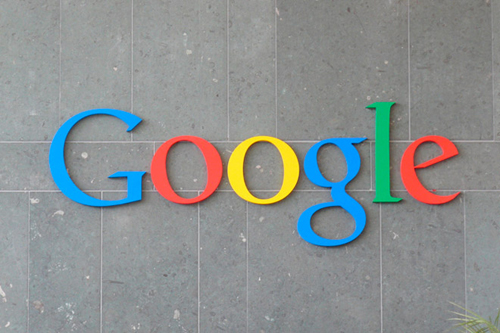 Even if the company were limited solely to the creation of the search engine of the same name, it would be worthy of inclusion in this list. But it didn't stop there. The achievements of the brainchild of Sergey Brin and Larry Page must also be attributed to the emergence of the Android mobile operating system, the birth of which made possible the truly massive distribution of smartphones and tablet computers, which Finnish Nokia had not been able to do before. Google is also working in many other areas, whether it is the creation of augmented reality glasses or a car that can drive without a driver. These and many other achievements in the future will have a huge impact both on our daily life and on the economy of entire states. 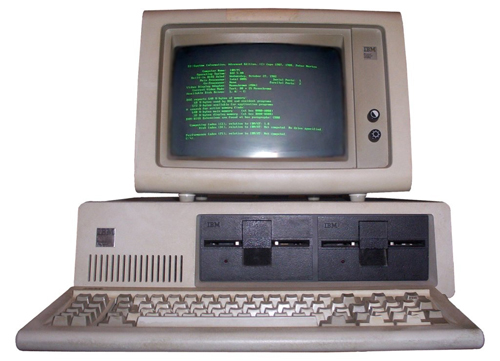 The main activity of this company has little to do with ordinary users. However, it created the IBM PC, the personal computer that ended up transforming both the consumer computing market and the way businesses are run, no matter how small. IBM itself quickly lost interest in its offspring and is not engaged in the production of personal computers today. But it was thanks to her that the RS standard appeared, which actually rules the market today. IBM has managed to do what Apple has never been able to do. 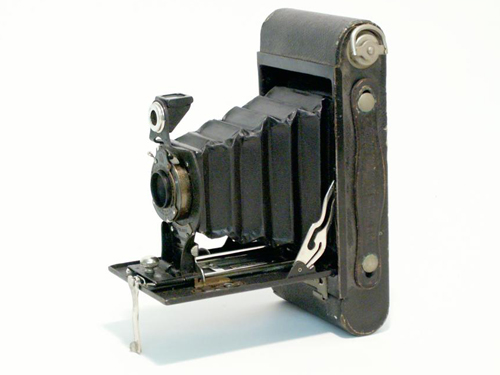 Did you know that once a photo shoot was a very difficult thing. In order to deliver all his bulky equipment to the place, the photographer had to hire a cab, deal with the tedious procedure of loading and unloading. It was Kodak who created a camera the size of a small box that could be carried around all the time. Today, when almost everyone has a mobile phone with a built-in digital camera in their pocket, it's hard to imagine what a great achievement Kodak's creation was then. Unfortunately, having existed for more than 100 years, the company failed to adapt to the realities of the market and went bankrupt. 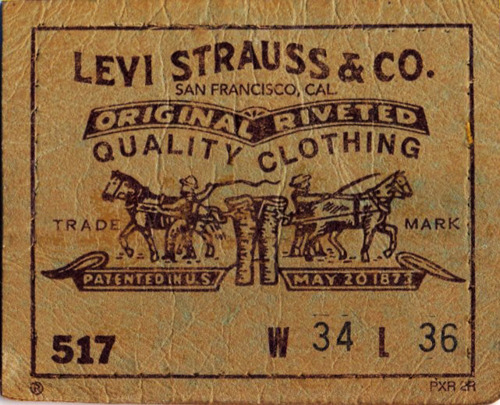 Jeans, as casual wear, have penetrated all countries. They are worn with pleasure by men and women of all ages and professions. In some countries (for example, in the Netherlands), it is jeans that are the main type of trousers that never go out of fashion. But it all started in the middle of the 19th century, when Levi Strauss organized a small company for tailoring clothes for gold miners. The trousers developed at that time turned out to be so practical and comfortable that they immediately became a real classic, gradually penetrating into all segments of the population. 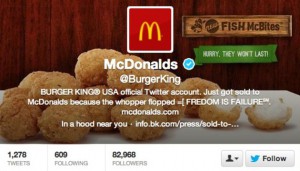 The modern world cannot be imagined without the culture of fast food, which has developed precisely thanks to this company. The McDonald's restaurant chain has penetrated almost everywhere and continues to develop. These establishments can be found in many countries, both rich and poor, regardless of cultural traditions and official religion. What once began from a small restaurant in the backyards of America, today has become a huge international corporation, whose products at least once in a lifetime were bought by a variety of consumers. 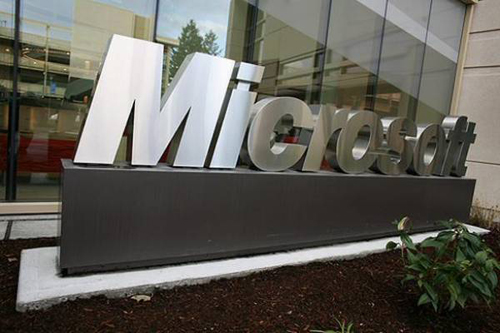 Thanks to Apple, for the first time, users were able to try out a computer with a graphical interface. But there was one catch - for this it was necessary to purchase a Macintosh. Thanks to Microsoft, founded in 1975 by Bill Gates and Paul Allen, other computer manufacturers were able to take advantage of the latest advances. Today, Windows is the leading operating system on the market. It is under it that the greatest amount of software is created. Also among the achievements of the company, it is necessary to note the MS Office package, which has become an absolute standard among office applications. 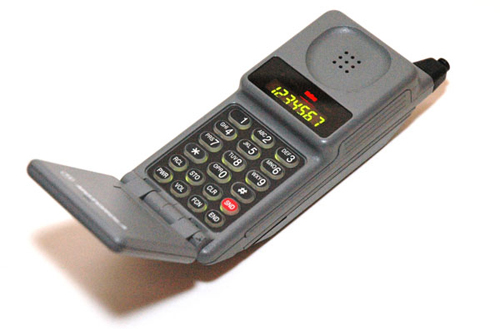 Once, through the efforts of this company, a radio receiver designed for cars was created - a huge breakthrough for those years. But the real achievement of Motorola is a cell phone, without which the life of a modern person is already unthinkable. The company created not just a new device, but a new market, a new concept, a new lifestyle. In addition, thanks to her, satellite communications became available not only to the military, but also to ordinary mortals. But the company itself failed to take advantage of all the advantages of its position. Today Motorola Mobility is owned by Google. Motorola itself switched exclusively to the creation of professional communication technology. 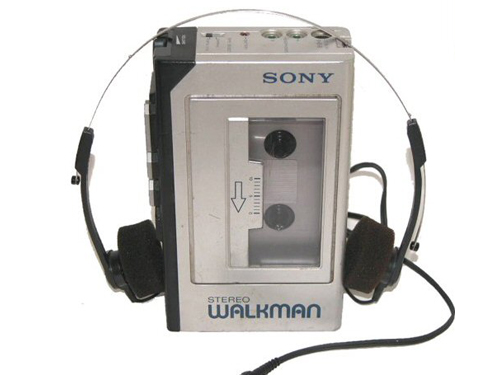 It is impossible to make such lists and not include Sony in them. This is one of the most famous companies in the world, whose efforts really created a lot - from CDs to Trinitron TVs. But the achievement that has changed our lives is a very simple device, the compact Walkman, which has made music available everywhere. The only pity is that the company eventually failed to retain this Olympus, giving way to another very well-known brand - iPod. 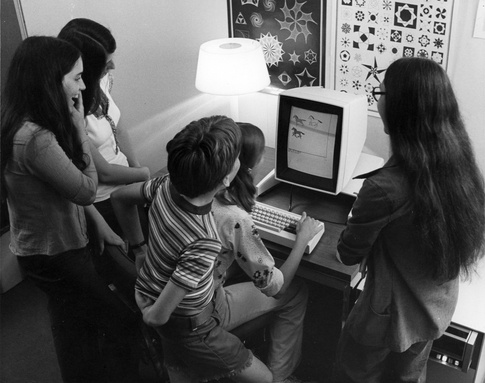 Just a photocopy is already a reason to include Xerox in the list of brands that have changed the world. But the company is famous for other achievements as well. Such as a computer mouse and a graphical interface. But the creators themselves failed to assess the potential of their inventions, as a result of which the cream went to other, more astute companies. The story of how Steve Jobs brought the idea of a graphical interface from the Xerox labs and implemented this concept on the Macintosh has become a real legend that must be told when it comes to the history of computer technology.

And here you can see the rating companies that not only changed the world, but will change it in the future.