Accenture is the world's largest consulting corporation with skills in 18 sectors of the economy and in all areas of business. The firm's staff consists of more than 204 thousand employees. The company provides daily assistance to customers in more than 120 countries around the world. The history of Accenture is a history of numerous victories, because the company managed to turn even the most difficult situations to its advantage.

Founded by accountant Arthur Anderson in 1913, the firm was originally named Arthur Anderson & Company. Even then, the main principle of its work was as follows - the company's employees should always have their own opinion regarding the solution of the task. “If we do not have our own opinion,” Anderson believed, “we will only confuse the client and undermine his confidence in us.” Under the clear leadership of its founder, the company gained such great momentum that it continued to grow and develop even after his death in 1947.

One of the company's most successful divisions was what was later called Anderson Colsanting. Founded in 1942, it was a management information consulting department. Mostly experienced and highly qualified experts worked in this division, who solved key issues of clients' business. It is therefore not at all surprising that Anderson Colsanting soon began to grow and expand - so quickly that it soon became more profitable than the parent company. 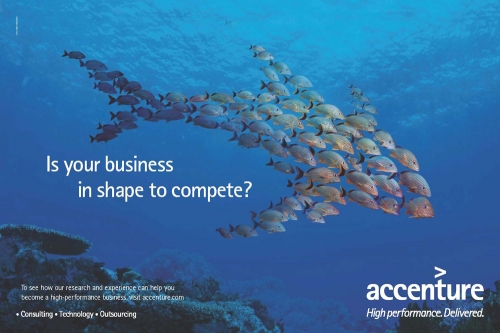 In 1989, Anderson Colsanting's business operations were spun off from sister Arthur Anderson, and the division gained relative autonomy. It must be said that auditors and consultants have had great difficulty finding a common language before, and the separation of the consulting department only exacerbated the contradictions between them.

In 1990, an attempt was made to resolve the increasingly frequent disputes between companies. Thus, the Florids Accords agreement was signed, according to which Arthur Anderson will deal exclusively with auditing, and Anderson Colsanting with consulting. Each of the subsidiaries had independent management and the more profitable of them had to pay the second 15 percent of their income annually.

But instead of smoothing over the contradictions, Florids Accords only strengthened them. Anderson Colsanting's revenues increased from $1.4 billion to $9.6 billion over the next ten years. It is logical that its management, represented by George Shaheen, was no longer willing to pay for the activities of his partner. The prepared letter of disconnection was a completely natural step, as was the long legal battle that followed, dragging on for the next two and a half years.

Anderson Colsanting wanted independence, Arthur Anderson wanted the former partner to give up his name and technology. To some extent, the court satisfied the claims of both parties. The consulting company was deprived of any contractual obligations, but it no longer had the right to use its former name. Despite the fact that the Anderson Colsanting brand was valued at $7 billion at the time, the company took the court decision as a clear victory.

The final name change was to take place on January 1, 2001, which meant that Anderson Colsanting had 147 days to come up with a new name that would be in no way inferior to the old one. There followed a long period of search by the company for its new identity, which was accompanied by the involvement of the best specialists in the relevant industry and the holding of internal competitions. 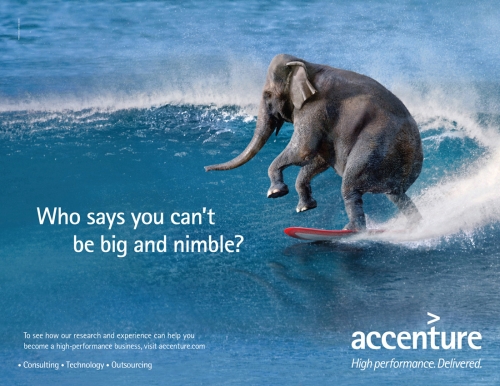 Accenture's name was suggested by one of the company's employees, a 36-year-old Dane named Kim Peterson. From his point of view, the name should consist of one word and reflect both the entire past experience of the company and its future aspirations. The phrase “Accent on the future” was born in Kim’s head, which he then transformed into a well-known name to us.

Anderson Colsanting met the new millennium already completely transformed and updated. And, I must say, just in time. In 2002, Arthur Anderson found itself at the center of a high-profile scandal - information was leaked to the media that its employees forged and destroyed documents of their clients. If it had not changed its brand in time, Accenture would have been involved in these events. Arthur Anderson began to slowly fade as Accenture developed more and more.

In 2003, the company released a brand new ad campaign that read: “It's not about how many ideas you have. The question is how many of them do you carry out. So it doesn't matter whose idea it is - yours or Accenture. We will help make it a reality.” Thus, having passed a long way of development and improvement, withstanding difficult legal battles, the company was able to create itself anew and once again reach the peak of fame. Now Accenture is helping other companies turn their ideas into reality. And that is what makes her so unique.