On March 27, 1986, a branch of the Honda Motors concern was created in the USA, called Acura Automobiles Division. At the time of the release of the brand, Japanese cars proved to customers their reliability and efficiency, but now the leaders Honda conceived to enter the market of prestigious, expensive cars, such as European bmw, Volvo. In the eyes of American buyers, the new cars, the Legend sedan and the Integra sports coupe, should have been associated as little as possible with Japanese cars, have their own image, the difference between them and products. Honda should have been obvious. The new company was created to emphasize the novelty of the idea, the updated value of the product, to appeal to new customers and connoisseurs. In new cars Honda relied on high technology, innovative engineering, unsurpassed quality and, traditionally, on the satisfaction of all the wishes of the consumer. 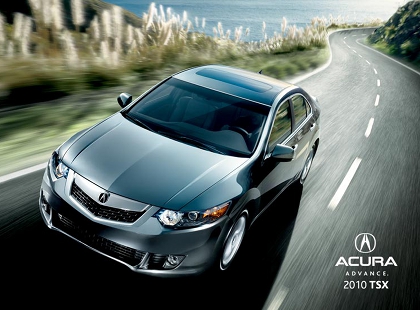 Name Acura ("Akyura" with an accent on the second syllable) was invented in a design company namelab from Chicago, whose founder and recognized naming champion Ira Bachrach is famous for her assertion that a brand name can simply be thought up through logical thinking and deep analysis. Such a process was done in the case of a new brand from Honda. Taking as a basis the morpheme (the smallest abstract linguistic unit that has a meaning) "acu", which in many languages means accuracy, accuracy, accuracy, the namers came up with a new word that did not exist before Acura, which seemed to them unique and, at the same time, full of meaning. Ira Bachrache stated: “If you use ordinary, common words, it will be difficult to express the whole novelty of your idea. But a new word, clear and understandable, will express this newness. The task of expressing the uniqueness, novelty of the idea, devotion to high technologies, the new trademark fulfilled with a bang. New cars have made a strong competition to their American counterparts, in some ways breaking far ahead. Such a breakthrough is perfectly characterized by a comic decoding of the name Acura: “Asia`s Curse Upon Rural America” – “Asian curse on rural/cowboy America”. Japanese manufacturers managed to conquer the American market and bring their cars to the rank of prestigious, "luxury", there is also a share of the merit of the unusual name, which played a worthy role in brand promotion, supported high quality, reasonable price and care for customers of brand car manufacturers Acura.

As the logo of the new brand, they chose a stylized image of a caliper shaped like the letter A - a tool with which accurate measurements are taken, apparently designed to evoke in us images of engineers and inventors who are passionate about work, mechanisms that work like clockwork, clear, verified lines of drawings. A close look will notice another funny detail: the letter A has a gap at the top and if you look closely, instead of the letter "A" we will see the letter "H", a witty reference to the mother's name "Honda". 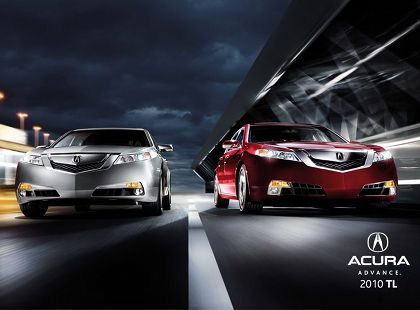 A small problem, it seems to me, arose when adapting the word "acura" in Russian. Name Acura should evoke in us associations with something neat, precise, verified, high-tech, but instead, most Russian speakers associate Akura only with sakura, with the emphasis on the first syllable of the name. In general, this is not bad, such an association firmly binds the brand to Japan, it is remembered and the name does not seem to be a fictitious, non-existent word. But it is not clear whether the creators of the brand are aware of such associations, because the original meaning was lost almost completely. On the other hand, the pronunciation adopted in the USA, with an emphasis on the second syllable, may be closer to the intention of the creators, but the Russian-speaking buyer will cause not very pleasant chicken-smoking associations. Better to resemble sakura than a cigarette butt!

In general, the feeling of the brand Acura pleasant, although it leaves a somewhat synthetic aftertaste. The brand has fulfilled its mission and continues to fulfill it with brilliance and dignity. It remains only to rejoice at the perseverance, diligence and energy of Japanese manufacturers who managed to do what seemed impossible, changed the US car market, and then the whole world.