The history of this largest online store (however, a retailer would be more correct) began on July 16, 1995. It was created by businessman Jeff Bezos (Jeffrey Preston "Jeff" Bezos). Initially, only books were sold, later, by 1998, the assortment was expanded - first audio and then video products were added to it. To date Amazon.com offers its visitors several dozen different categories of goods, including electronics, clothing, sporting goods and even food. Books, clothes and CDs are delivered all over the world, while everything else is delivered only within the United States (or the country where the company's representative office is located - Germany, France, Japan and others). Often a company enters into contracts to obtain for some time the exclusive right to sell a particular product.

Name Amazon was chosen for two reasons. First, the founder wanted his company to be as close to the top of the telephone directory or any other alphabetical list as possible. And secondly, mentioning the Amazon - the largest river in terms of fullness and length - Jeff seemed to be hinting that his company should also become the largest in its industry. And it did happen.

In fact, the original name of the company was Cadabra Inc. But this name was extremely unfortunate, because during a telephone conversation, customers often heard something different, namely "cadaver" ("cadaver, corpse"). But it was phone calls that brought the bulk of the orders at first.

Already within the first couple of months, a large number of orders were received from almost all US states. Six months later, several tens of thousands of books were being sold every day around the world, so that the young company barely had time to process all the incoming orders. At the same time, advertising costs were minimal. And in 1998, the first foreign representative office was opened in Germany. Amazon.com relatively easily survived the “collapse of the dot-coms”, when in early 2000, hundreds of companies whose business was built solely on the Internet went bankrupt. 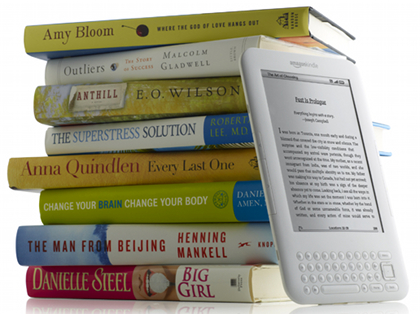 story about Amazon would be incomplete without mentioning Kindle. This is an e-book distribution service, also supported by the reader of the same name. Bookreader Kindle interesting in that at a fairly low cost it has a lot of possibilities. The company does not receive income from its sales - for this there are books, as well as periodicals that are distributed through the service. And it should be noted that just the cost of content is very high. May 2011 was marked by the fact that the number of e-books sold exceeded the sales of paper books, both in soft and hard covers.

Naturally, such a giant as amazon.com could not help attracting negative attention. The company has been sued several times. Once she was accused of misleading her customers, calling herself "the world's largest online store", another time there was an accusation from walmartwho believed that Amazon steals his employees. In both cases, for the hero of our story, everything ended well.

Over the years of its existence Amazon.com swallowed up a lot of other companies and Internet resources. For example, a resource acquired in 1998 Bookpages.co.uk engaged in the online sale of books formed the basis Amazon UK - Offices in the UK.

Amazon is headquartered in Seattle, Washington, USA. The number of employees around the world has already exceeded 20 thousand people.