As everyone knows, not so long ago Nokia filed a lawsuit alleging Apple in violation of a number of patents relating to data transmission standards used in iPhone. Two weeks passed and the Americans filed a counterclaim in which they accused the Finns of stealing. 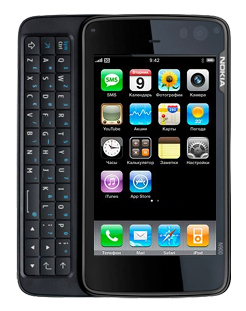 The situation is painfully familiar, when it doesn't matter who is right, who is wrong, but the one who has better lawyers wins. Most likely, the companies will simply disperse with the world by exchanging technologies. But this process will probably drag on for a long time - such issues are not quickly resolved. Especially when two truly legendary companies clashed.

Opinions on the Web were divided approximately equally. Who sympathizes Nokia and echoes it, accusing Apple in a theft. Who, on the contrary, believes that the Finns are simply jealous of success iPhone and they try in every possible way to prevent this success. There is another opinion, according to which, the affairs of Nokia are not going in the best way, since she has embarked on the path of a "patent" war.