The rumor that Apple plans to acquire a processor manufacturer intrinsity have been surfing the web for a long time. From time to time, unconfirmed conversations appeared, confirming to one degree or another that the process had begun. And really went.

This was reported The New York Times, referring to some sources directly related to the process. The deal is said to be worth US$121 million. For a "fruit company" that is developing at a frantic pace, this is not a serious amount. But there are wide opportunities for them. The completion of the deal is expected in the very near future. 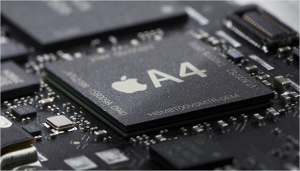 intrinsity had a hand in the creation of the A4 processor installed in iPad. Her merit lies in the fact that the chip turned out not too gluttonous and very productive. A promising start.

Thus Apple clearly seriously aimed at the macroprocessor market. At least for mobile devices. There have already been rumors, later refuted, about a possible purchase ARM. There have already been rumors about a possible entry into the market of processors for desktop computers. By the way, in the light of the above events, recent negotiations with AMD have already given rise to the notion that Apple does not plan to switch to the processors of this company, but simply wants to absorb it.