The brand that belongs to the company Procter & Gamble (P&G). Under it, laundry detergents are produced, mainly powder. Popular in Europe, the CIS countries and Asia, as well as some Latin American countries. Not sold in the US; there is another brand raging in full swing from P&G - Tide, also known in our latitudes.

Brand history Ariel started in the second half of the 1960s. Initially, it was introduced in Germany, and then in other European countries. It was the first laundry detergent capable of dealing with organic stains. Which determined its popularity. 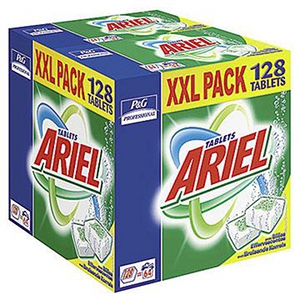 The first "version" of the powder Ariel designed for semi-automatic top-loading washing machines. In the early 70s, powder for automatic washing machines also appeared on sale. In 1980, the range of products manufactured under the brand Ariel was significantly expanded - it also included washing gels. Stain removers will appear later.

Products on the Russian market Ariel appeared in 1993.