Audi is one of the most recognizable automotive brands in the world. Today, this German company belongs to the automobile concern Volkswagen.

The Audi Automobil-Werke automobile plant began its work in 1909. The company was created after the departure of August Horch (August Horch) from Horch, at that time a fairly well-known car manufacturer. And the company also inherited its name from this brand, or rather from its founder. Translated from German Horch means "listen", the approximate translation into Latin of this word is Audi.

The new name was needed due to the fact that August Horch did not have the right to use his surname in the name, as it was already associated with a well-known car brand. After a court decision on this matter, in 1910, the factory, originally called Horch Automobil-Werke, received the name Audi Automobil-Werke.

Audi cars are quickly becoming popular all over the world, one of the reasons was that they actively and effectively participated in car races.

After the First World War, the company faced significant difficulties, and in 1920 the founder, August Horch, also left the company. Subsequently, it was decided to create a new company by combining the efforts of several manufacturers. The famous four Audi rings appeared in 1932, when four enterprises - Audi, Horch, DKW and Wanderer - merged into one, which was called Auto Union AG. The company became quite successful and developed until the Second World War, when all production was transferred to the war footing, and subsequently most of the production facilities were bombed. 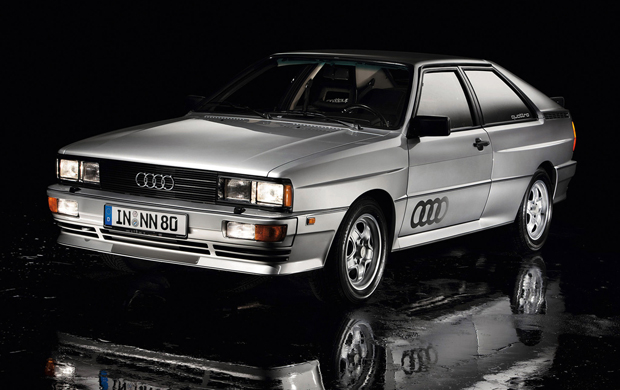 During the post-war years, production was restored and the development and production of many car models that became very popular were launched, including the famous Audi Quattro car, which put Audi on a par with leading automakers. In 1958, the company becomes the property of Daimler-Benz AG. And in 1964 it becomes part of the Volkswagen concern.

Today, cars under the Audi brand are produced at factories in nine countries around the world. In 2014, 1.8 million cars were produced under this brand. The brand is currently valued at $12.8 billion, according to Forbes.