The history of the Barbie brand begins with the creation of the toy of the same name. Today, almost everyone knows the long-legged fair-haired doll. And this is not surprising. After all, she is the most successful doll in the history of the existence of toys. Barbie belongs to Mattel, practically the largest toy manufacturer in the world. The products of this company are distributed in at least 150 countries of the world, and in addition to Barbie, toys such as Batman, Superman and Harry Potter, which are produced under an agreement with Warner Brothers, are also quite popular.

The Barbie doll itself, despite its eternal youth, has already reached the age of 46. Its creator is the American Ruth Handler, who, together with her husband Elliot, opened Mattel in 1945, the original purpose of which was to produce framed pictures. However, in post-war times, an increasing number of people sought to invest in entertainment, buying a wide variety of toys for their children. Feeling that this could be a good source of profit, the Handlers change the direction of their company and start the production of children's dollhouses, and then also music boxes. By signing an agreement with the Disney animation studio, they run advertisements for their toys during the showing of The Mickey Mouse Club, which makes the company extremely popular among potential buyers. In 1957, Mattel notices the fashion for the Wild West and begins to produce toy hard drives. Thanks to advertising and following new trends, Mattel is becoming more and more successful. Until he releases a Barbie doll and thereby makes a real revolution. 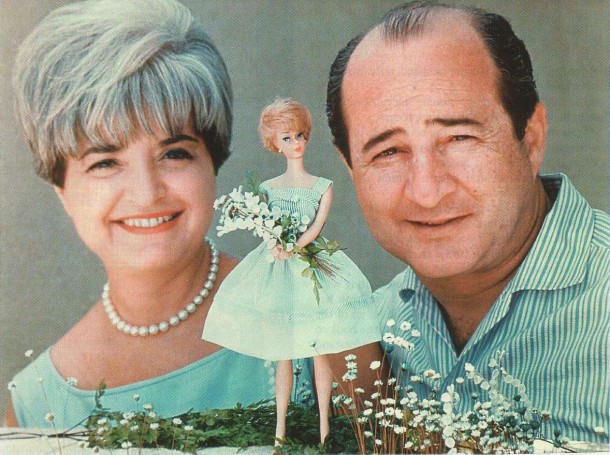 The idea for this doll came to Ruth's mind after she noticed that her daughter Barbara was especially eager to play with paper dolls that imitate adult people. After some thought, Ruth decides to release a toy with which the girls could fully “play adults”. The basis of the famous doll was the heroine of the German comics Lily - a femme fatale with an aspen waist and long blond hair. She was very fond of little customers and quickly gained popularity. Named after the Handler's daughter Barbara, the Barbie doll soon created such a craze that the company couldn't keep up with new ones to keep up with the overwhelming demand. At the same time, Mattel received its main income from the sale of not even dolls, but related products - clothes, accessories and toy houses.

Out of the box, Barbie doll wore a ponytail (hence the corresponding image on the logo) and was dressed in a black and white swimsuit and black high-heeled sandals. All other elements of her huge wardrobe had to be bought additionally. Already in the 60s, the most famous fashion houses began to develop clothes for Barbie, and soon this doll became one of the most fashionable and sophisticated in the world. Yves Saint Laurent, Pierre Cardin and Jean Paul Gaultier come to the conclusion that sewing outfits for Barbie is no less prestigious than for Hollywood celebrities. Having acquired a wide variety of wardrobe items and a large, albeit toy, house, Barbie clearly began to demand company. That is why in 1961 the doll has a friend Ken, named after the son of the couple Handler. A little later, girlfriend Marge and younger sister Skipper also enter the world of Barbie. In 1969, issues of racial discrimination in the United States are gaining particular strength, and as a response to them, a dark-skinned Christie doll rolled off the assembly line. 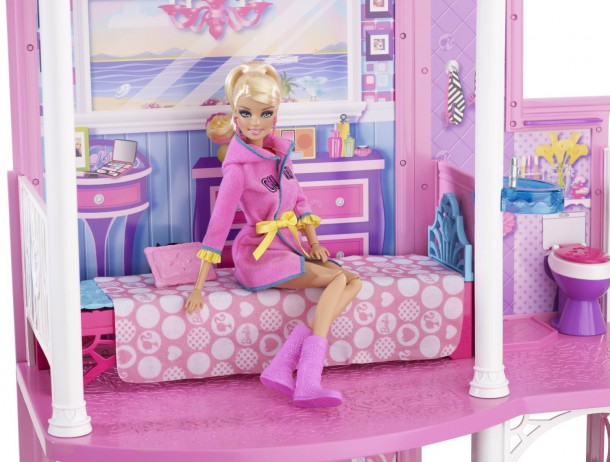 Barbie has always been sensitive to the changes and trends of the era, skillfully adapting to them. Hairstyles and hair color changed, the proportions of the doll's body changed. Mattel has released a range of Barbies from a wide variety of nationalities in the ethnic costumes of their respective countries. The doll also acted as the most famous women of the century, trying on the images of Marilyn Monroe, Audrey Hepburn and Elizabeth Taylor. When the struggle for gender equality began, Barbie could not help but make a career in various fields, and therefore visited a teacher, doctor, stewardess and even a firefighter.

Having changed many outfits, houses, cars and pets, the Barbie doll eventually got into the Guinness Book of Records, and also became an exhibit of the Madame Tussauds Wax Museum. Despite the ongoing attacks and accusations of a negative impact on the child's psyche (girls go on a diet to somehow match the fictional image), Barbie continues to be one of the most popular dolls in the world to this day. There are several reasons for this. Firstly, this blonde beauty personifies exactly what girls want to be when they grow up. Secondly, Mattel's marketing strategy is very good, gradually expanding the world of Barbie, introducing more characters and various items into it, and thereby constantly fueling the passion of buyers.

And although Barbie continues to enjoy extraordinary popularity, Mattel itself has experienced a number of crisis moments. Not wanting to focus solely on making Barbie dolls, the company went through a management change and restructuring. Only by turning its attention to the field of video games, Mattel still managed to regain its former glory and even earn over $ 400 million. But at the same time, it is the Barbie doll that is the only product in connection with which the company is remembered most often.