JSC "BelAZ", a Belarusian manufacturer of trucks, mining dump trucks and other equipment and vehicles, will be put up for sale and privatized in the near future. The Belarusian government, which owns the enterprise today, invited representatives to prepare the process of initial public offering of shares Deutsche Bank. 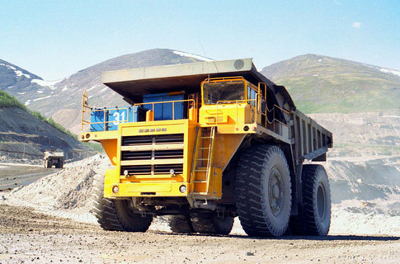 Will all shares be placed for purchase BelAZ or only a part of them, is not yet reported, the exact amount of placement is also not called. Privatization BelAZ is included in the program of large-scale privatization processes of state property, which began in Belarus. The entry of the Belarusian enterprise to the international market will take place in the very near future, it is expected that the first exchange on which the shares will be placed will be the Frankfurt Stock Exchange.

Messages about the readiness of the Belarusian government to sell BelAZ acted before, in 2010 the plant was transformed into a joint-stock company, the purpose of the transformation was the convenience of subsequent privatization processes.