B. F. Goodrich now it is a brand owned by a French company Michelin. Under it, a wide variety of tires for various types of equipment are produced. And once the name of the company, now known as Goodrich Corporationfully dedicated to aerospace engineering.

This story began back in 1870, when Benjamin Franklin Goodrich, MD by education, founded a company for the production of all kinds of rubber products. It was in the city of Akron, in the state of Ohio (Akron, Ohio), where Goodrich moved after the failure in New York - the company he acquired Hudson Rubber Company went bankrupt.

The former Confederate Army surgeon named the new company after himself - BF Goodrich Company. The range of manufactured products was very wide - rubber products were in great demand already at the end of the 19th century. However, the company narrowly avoided bankruptcy twice. The invention of the Irish veterinarian John Dunlop helped her stop balancing on the edge - a pneumatic tire invented in 1888 and immediately became popular among cyclists around the world (see brand Dunlop). Then the production of tires for rapidly gaining popularity cars begins.

But the real success came in 1903, when a Winton car equipped with tires manufactured by BF Goodrich Company crossed the whole country. Such advertising could not go unnoticed and the company becomes known throughout the United States precisely as a manufacturer of car tires. It was decided to focus on their production. 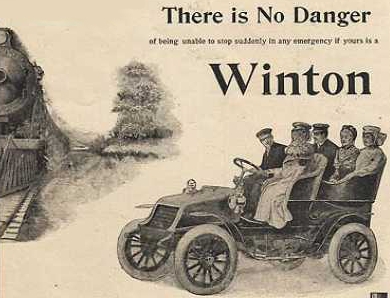 In the future, other victories in motorsport and not only follow. For example, in 1915 BF Goodrich Company manages to become the first company to have vehicles with tires that won the tough Indianapolis 500 Mile Race twice. And in 1927, the first flight across the Atlantic Ocean was made - on the Spirit of Saint-Louis aircraft. Do I need to say whose tires were used on it?

The company owns many exclusive developments in the tire business. So, in 1947, it introduced the first tubeless tires in the United States. 1954 Synthetic rubber tires are introduced. 1961 brought an order from NASA — development of space suits. And in 1965, an innovative radial tire appears with a much-talking name. lifesaver ("Savior" - an indication of the increased safety of a tire with such a design).

I do not want to bore the reader with a list of all sorts of achievements and developments of the company. But I would also like to mention 1977, when tires from BF Goodrich Company were installed on the wheels of the Columbia shuttle.

In 1980 the company name was changed to B. F. Goodrich. Most of all, it is known "among the people" precisely as a manufacturer of tires for cars. But in fact, the range of manufactured products is much wider - the company continues to actively develop in the aerospace areas. They will play a very important role in its future destiny.

In 1986, it merged with another tire manufacturer - the American company Uniroyal (previously known as United States Rubber Company). In 1988 Michelin absorbs Uniroyal. Together with her, the tire business also departs for the French. B. F. Goodrich, which by that time already fully focuses on aerospace technology. 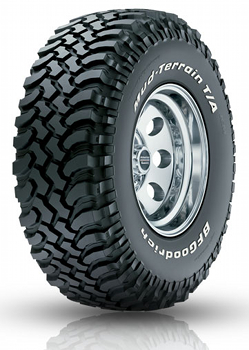 In 2001 B. F. Goodrich changes name to Goodrich Corporation. But that's another story that has nothing to do with car tires. As for the tires B. F. Goodrich, they are very popular among motorists around the world. They are also actively used in car racing.

Benjamin Franklin Goodrich, founder BF Goodrich, was the first person in Akron Township to own a telephone. Moreover, the device was presented to him in 1877 personally by Alexander Bell, the inventor of this miracle of technology. Thanks to this, Goodrich always had a connection with his factory - the only telephone network in the city linked his house and factory directly.