The Taiwanese company did not have time Asus introduce your tablet to the market Transformer PrimeHow did you get the lawsuit. The cause of the lawsuit was the name of the tablet, and the dissatisfied party was the American company Hasbro, a manufacturer of toys and various games.

Among many other products Hasbro also produces Transformers, very popular among children, robot toys that a child can transform into different vehicles, there is also an animated series about Transformers, the company owns the rights to use the trademark in games, films, etc. 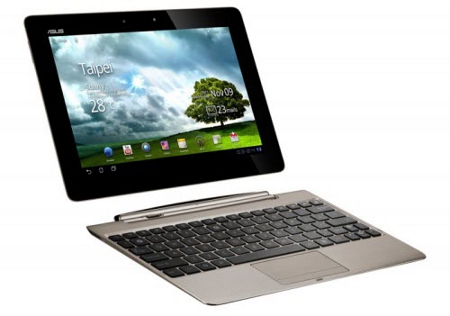 trademark Transformers company Hasbro owns since 1984 and among the characters that inhabit the world of Transformers there is exactly the same name as the new tablet - Optimus Prime. In addition to the prohibition on the use of the name, Hasbro also intends to seek monetary compensation.

The tablet Transformer Prime so named because of its ability to transform into a kind of laptop by attaching to the keyboard. Asus intends to continue the proceedings without expressing concern about the allegations. The company's own investigation is said to have found no evidence of patent infringement.