Who said that vodka must be colorless, transparent? Fans of everything unusual will certainly be interested in black vodka Blavod.

To color any alcoholic drink in any color does not cause any problems. The challenge is to find a colorant that won't stain the mouth or tongue, or add flavor to the drink.

All this was solved by marketer Mark Dorman, who came up with the very concept of black vodka, for the implementation of which he organized a company in 1996. The Original Black Vodka Company headquartered in London. The name of the drink itself comes from the abbreviation of the phrase Black Vodka("black vodka"). 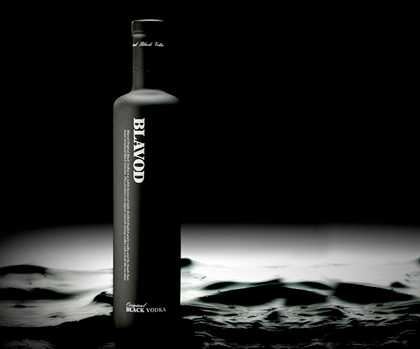 The black color of vodka is given by a dye obtained from catechu acacia (Accia satechu). It has been known to mankind since ancient times - it was used in Asian countries for dyeing fabrics. This dye is called "black catechu" (black catechu). That is, the black color is achieved organically, without any chemistry there. True, history is silent about how much effort it took Mark to find this ingredient.

Actually, Blavod not quite a black drink, its color is rather dark blue, which is noticeable only upon close examination.

Black vodka has become quite popular, but rather as an element of luxury, as a way to stand out. In fact, this drink was conceived for this. It is often used to emphasize the peculiarity of the created atmosphere. Blavod often used in cocktails, and mixing with other liquids (both alcoholic and not) sometimes gives completely unexpected results - the resulting drinks sometimes have unusual bright colors.

To date Blavod is no longer the only brand of black vodka. There are also Black Forti from Italy based on the same black catechu and Czech Fruko Schulz with a different recipe.