A new agreement has been reached between Blockbuster Inc., a video rental company, and film studios Twentieth Century Fox и Sony Corporation informs business week. After much negotiation and stubborn struggle, the film and video rental chain received a number of advantages that it had long sought.

Now online Blockbuster DVDs and Blu-ray discs of the latest movies from these studios will be released the day they hit the market, rather than days or even weeks later, as was the case before. The agreement primarily concerns such services of the company as the provision of video by mail and the Video-on-demand system - Video-on-demand, to a lesser extent, the changes will affect video rental kiosks Blockbuster Express. The terms of mutual settlements have also been improved, in connection with which Blockbuster will be able to significantly reduce their costs and gain advantages over competitors. 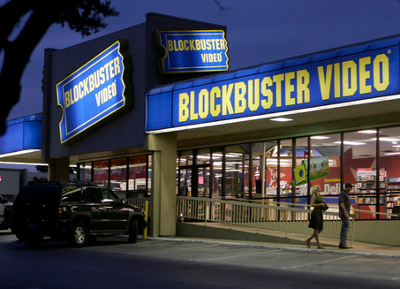 In exchange for concessions, the film studios received the rights to preferential retention claims of the chain's property. Blockbuster Canada Co.. Thus, the company insured the deal and achieved significant concessions in the negotiations.

Blockbuster Inc. has already entered into a similar agreement with another Hollywood giant - Warner Home Video. Agreements are held as part of a common struggle Blockbuster In order to cut costs, the company seeks to reduce its multi-million dollar debt and avoid bankruptcy by all means.