One of the world's largest producers of alcoholic beverages, British Diageo announced the acquisition of a Turkish company Mey Icki Sanayi ve Ticaret. The deal will amount to 1.3 billion euros (2.1 billion US dollars).

Diageoowning well-known brands such as Smirnoff, Baileys, Johnnie Walker and others, will gain access to tens of thousands of retail outlets, and will also be able to operate and conquered Mey Icki the market for the national Turkish drink Raki (or Rakia), almost 80% of sales are accounted for by the company. 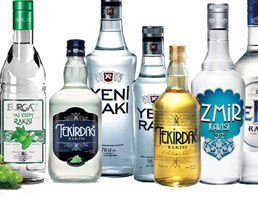 The result of the transaction will be the entry of the alcohol giant into the promising Turkish market, which is estimated by experts as one of the fastest growing and most attractive for business development. The company also seeks to expand its presence in other emerging markets with a rapidly growing middle class, such as China and Vietnam.
Total
0
Shares
Share 0
Tweet 0
Pin it 0