Bulgari is an Italian manufacturer of jewelry and other luxury goods. In addition to the jewelry for which the company is best known, under the brand name Bulgari watches, sunglasses, bags, perfumes, various fashion accessories are also produced, several hotels are open around the world Bulgari. Most of the company's shares were acquired by the holding LVMH in 2011.

The company was founded by a hereditary jeweler Sotirio Bulgari, a Greek by birth. The Bulgari family has been successfully processing silver for many years, developing the jewelry business in their native Epirus (region of Greece). At the end of the 19th century, Greece, being part of the Ottoman (Ottoman) Empire, is involved in hostilities, the family shop was destroyed - the Bulgari family loses their business and it becomes necessary to find a new place in order to start all over again.

The family moves to the island of Corfu, but Sotirios Bulgari decides to move even further and plans to develop the family business on a global scale - he moves to Italy, where he decides to open his shop, first in Naples in 1881, and then in Rome. First institution Bulgari in Rome was opened on Via Sistina in 1884. Later, a second store was opened - on Via Condotti (it still exists), on the facade of which the name Bulgari, this happens in 1894 and by that time the sons of Sotirios Constantino and Giorgio (Costantino, Giorgio), and later his grandchildren, had already entered the business (and today the company is a family business). 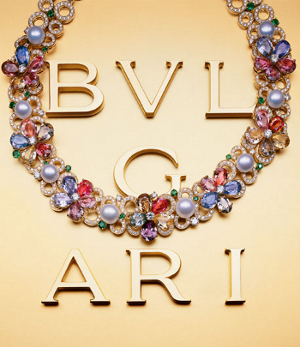 After the death of Satorios Bulgari in 1932, the sons of the founder run the company for many years (including during the difficult military period of the Second World War, when the main material for their work, precious metals, was banned for use, destined for the needs of the front). It is they who come up with a joint idea to change the direction of the company. This happens in the 50s Bulgari an unusual bold style was chosen, which combined the motifs of the Italian Renaissance and the notes of Greco-Roman classicism, continuing the traditions of the Roman jewelry school. Famous “flower” brooches and necklaces appear Bulgari, popular today due to their brightness, unusualness and sophistication. The change in style had the most favorable effect on the fate of the company, jewelry and watches from Bulgari became extremely popular among the rich and famous people of that time.

The company continues to develop actively, releasing more and more new products, as well as acquiring new companies, in particular, Swiss watch companies are very actively acquired, which have already won a name for themselves in the market.

The company uses equally two logos - single and double spelling of its name (Bulgari-Bulgari), which first appeared back in 1977 on the watch bezel Bulgari. The letter “U” in the name is written as “V”, as is customary in Latin, this stroke immediately brings to mind the roots and traditions of the company.