Today, Burger King is the second largest and most popular fast food chain in the world. The restaurants of this corporation are located in all 50 US states, as well as in 56 countries around the world. The company's annual turnover exceeds $2.5 billion. That is why it is so interesting, after all, to find out how it all began.

And the history of Burger King began with the fact that two enterprising businessmen - James McLamore and David Edgerton - in 1954 decided to open their own chain of fast food restaurants. I must say that in the post-war years, people spent money with great pleasure, including on various kinds of restaurants. And entrepreneurs decided to take advantage of this.

Before starting his own business, James McLamore visited McDonald's, which was already very popular at that time. He drew attention to the process of making hamburgers, as well as what equipment is involved in the kitchen, and decided to copy some of the elements for his own establishment.

The first restaurant of the chain called Insta-Burger King saw the world on December 4, 1954. Its peculiarity was fixed prices for all products, which, although slightly, exceeded prices at MacDonalds. For example, at that time the most common hamburger in McDonald's cost 15 cents, and in Burger King - 18.

Approximately 3 years after the founding of Burger King, one of the most famous sandwiches of our time appeared on the menu of the restaurant - Whopper ("Whopper"). In order to maximize the attention of the public to it, the company resorted to the help of television advertising. Thus began a long and mutually beneficial relationship between Burger King and TV marketing. The company was so proud of this sandwich that they even changed their logo. The black letters on it were replaced by the image of the king sitting on the burger and the inscription "Home of the Whopper" ("The Hulk's House").

In the meantime, restaurant owners have already felt confident enough in this market to consider moving the business out of Florida. When choosing an expansion model, McLamore and Edgerton considered franchising to be the best option, since it required minimal financial outlays from the main company. Thus, the dealers registered Burger King corp. and began to sell franchises to everyone.

After 8 years, 274 restaurants of this chain were successfully operating in the United States. The popularity of Burger King grew, and therefore McLamore and Egerton decided to get the most out of it. The network was eventually sold to the Pillsbury Corporation in 1967 for $18 million.

The new owners of Burger King immediately began to actively work, but the lack of proper experience on their part led to the fact that the franchise simply cracked. The fact is that each of the restaurants of the network provided different conditions for customer service, up to the compilation of arbitrary menus. And this despite the fact that the advertisements launched on television assured the opposite.

Pillsbury leaders had to take decisive action to avoid the impending collapse. It was then that they hired one of the best MacDonalds managers, Donald Smith, to work on Burger King. Despite the fact that the business of the McDonald brothers developed much faster and was clearly more promising, the manager was interested in the promise of complete freedom of action.

In the able hands of Donald Smith, the company was transformed. First of all, he created uniform standards for all products manufactured in restaurants. In addition, he also saw to the creation of regional offices that oversee the operation of a certain number of restaurants. Smith not only spruced up the Burger King chain in the US, but also helped it expand to more than 30 countries around the world.

It must be said that the talented manager learned many of his innovations from MacDonalds. For example, regular unscheduled inspections of the operation of each of the chain's restaurants.

However, Burger King's rise did not last long. In June 1980, Donald Smith left the company to launch a new fast food chain, Pizza Hut. And since that time, Burger King has been in crisis. Fast food restaurants were becoming less and less popular, with celebrity advertising campaigns and the emergence of Burger King salad bars promoting healthy lifestyles not helping to remedy the situation. 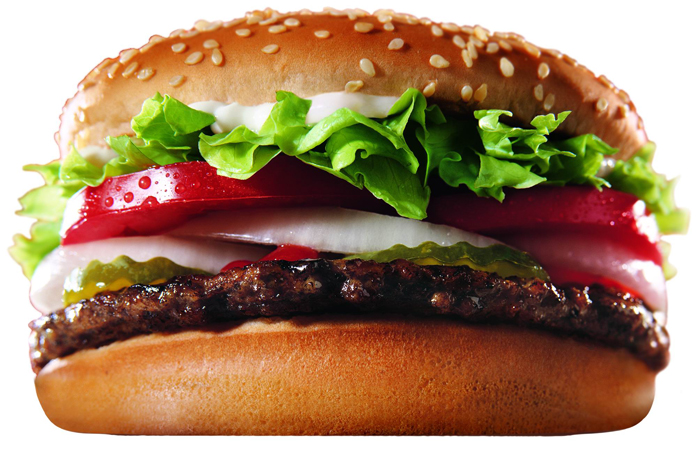 In 1989, the company on the verge of collapse was bought by Grand Metropolitan plc for $5.7 billion. Despite the fact that Burger King has had many problems in recent years, they have all been solved with the right approach. One of the company's most experienced managers, Barry Gibbons, was hired to manage the fast food chain. Thanks to his active work, fast food restaurants were opened in Hungary, Mexico, Poland, Saudi Arabia. The profitability of Burger King has increased markedly.

In the late 90s, Grand Metropolitan plc merged with Guinness plc. Together, the companies created Diagco plc, which has become a leader in the food and beverage industry. In this regard, Burger King has undergone a number of changes that have affected the logo, decor, and even the way burgers are prepared.

However, the change of owners of the fast food restaurant chain did not end there. In 2010, Burger King Corporation was owned by the 3G Capital investment fund, which owns it today. The number of fast food restaurants of this network at that time had already exceeded 12 thousand. But Burger King does not intend to stop in its development. Of course, in the future, the corporation will probably still have many ups and downs, but it will cope with failures in the same way as it did before - easily and naturally.