The document consists of three typewritten sheets and is dated April 1, 1976 - this date is considered to be the company's birthday. 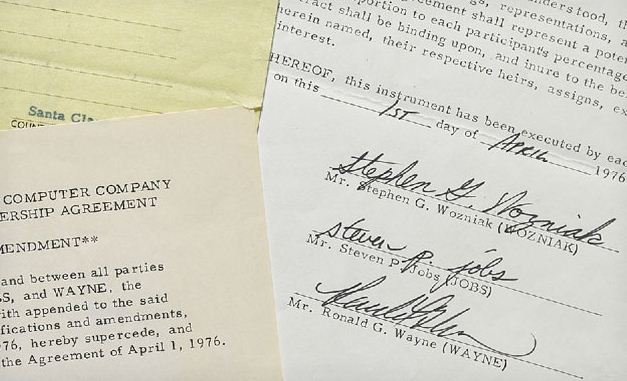 By the way, it was expected that the final cost of the lot would be ten times less, the most optimistic forecasts did not exceed $150,000. Eduardo Cisneros, who owns the company Cisneros Groupspecializing in the entertainment industry.

11 days after the signing of the contract, Wayne left the company because he was simply intimidated by the way Jobs was doing business, entering into frankly insane contracts. And he probably regretted it later. Today, his share would be more than 36 billion dollars. However, this is not Wayne's only mistake - the copy of the contract sold today once belonged to him. But in 1994 he decided to sell it to Wade Saadi for several thousand dollars. In those years, the situation Apple left much to be desired, apparently this was the reason for the sale.