Japanese corporation Canon is preparing to acquire a Dutch company Oce NV, a manufacturer of professional printers and copiers, reports Bloomberg. The amount of the transaction will be 1.09 billion US dollars, the possibility of paying off debts is also being considered Ocean. The merger process is expected to take about three years, after which Ocean become a separate division Canondealing with printing issues. 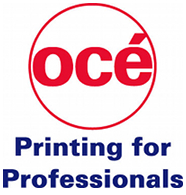 Both companies have shown losses in several reporting periods, forced to cut costs and jobs. The planned deal will help improve the situation. Also in the plans Canon expanding its influence in the office equipment market through research, established marketing and industrial relations Ocean.
Total
0
Shares
Share 0
Tweet 0
Pin it 0