Brand owned by a French holding LVMH. Under it, Australian wine is produced, from the category of those that are more expensive.

Wine Cape Mentelle the beginning is made relatively recently - since 1972. Not far from the city of Margaret-River (Margaret-River), in Western Australia, in a place with the same name, famous for its vineyards, which seem to be on the border between the Indian Ocean and the wastelands of Australia. These climatic conditions in a special way affect the taste of grapes. Wines produced in the area are highly valued by gourmets. 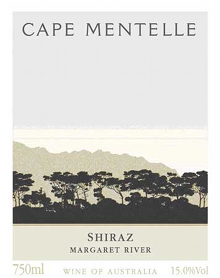