The American company Celgene specializes in the field of biotechnology and is one of the largest players in this market. Its best-known products are the drugs Thalomid and Revlimid, which are used to treat cancers, in particular cases of multiple myeloma. The company specializes in the creation of drugs for the treatment of cancer and inflammatory diseases through gene and protein regulation. Celgene is headquartered in Summit, New Jersey.

The company was founded in 1986 by David Stirling and Sol Barer. This happened as a result of the separation from the Celanese corporation and the latter's merger with the Hoechst corporation. The main activity of the new company was supposed to be the development of bioproducts for the treatment of hazardous waste. But chemist Saul Barer, who headed Celgene's research and development division, came up with the idea of doing pharmaceutical research. Together with David Stirling, a senior scientist at Celgene, he approached the Rockefeller University with the idea of further development of the drug Thalidomide (Thalidomide).

The drug was first released in 1957 as a sedative, but a few years later there was a scandal - babies born to mothers who took the drug were born with birth defects. Thalidomide was banned in 1962. Nevertheless, his research continued and scientists found that the drug has a positive effect on the symptoms of leprosy patients and has the ability to modulate the immune system, which would allow it to be used to treat several types of diseases. The problem was that no pharmaceutical company would risk messing with a drug with such a reputation. However, Barer believed that research could continue and eventually create new drugs to fight cancer and leprosy. As a result, the drug Thalomid was born, which managed to get the approval of all instances and gain a foothold in the market, and its updated and improved versions were later released. 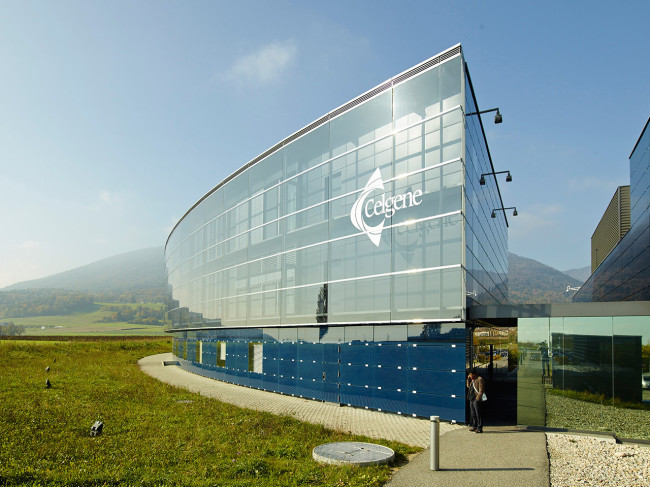 Celgene has grown over the years, acquiring biotech companies. So, in December 2002, Anthrogenesis was acquired, which is engaged in the collection of cord blood and technologies for extracting stem cells from placental tissue. This allowed Celgene to open a subsidiary of Celgene Cellular Therapeutics, the cord blood bank. And in 2012, Avila Therapeutics was acquired, together with which they developed targeted covalent drugs for the treatment of diseases by suppressing protein expression.

The market capitalization of the company as of May 2016 is $86.4 billion. Annual sales, according to Forbes, are estimated at $9.1 billion.