The results of very interesting research were published today by the mobile advertising network InMobi. It turns out the level of sales of the new model iPhone, which will be presented in four days, largely depends on which prefix gets the name.

It is still unknown whether the new smartphone will be called iPhone 5. There is also an opinion that its name will be iPhone 4S. In the first case, the name will mean (at least purely psychologically) that really serious changes have been made to the device. The name is not iPhone 4S immediately evokes associations only with a slightly redesigned model. Naturally, such conjectures will directly affect the sales level of the device. 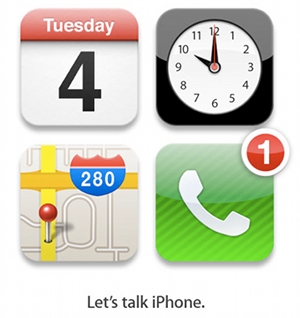 About 51% of the surveyed residents of the United States, Canada and Mexico, among those who already have an iPhone 4, declared their desire to buy an iPhone 5. If the phone is called the iPhone 4S, then the percentage of those who wish is reduced significantly - to 15%.

However, about Apple still won't lose. Indeed, many owners of smartphones running Android, as well as devices BalckBerry. But among them, the same trend is observed - most are interested in the iPhone 5.