Corporation Hoya, a Japanese manufacturer of various optical systems, announced the sale of one of its most famous brands - Pentax. We are not talking about all the goods produced under this brand, but only about digital cameras, the name itself Pentax will remain partly Hoya - various medical equipment will be produced under it. The buyer will be a Japanese company Ricoh, manufacturer of office equipment. 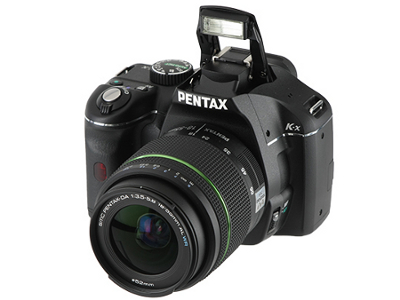 The deal will amount to about 10 billion yen (124 million US dollars) and is scheduled to be finalized by October this year. The transfer of ownership is expected to occur through the creation of a new company that will take over the management of digital camera production. Pentax and will then be transferred Ricoh.

The deal will allow Ricoh, a manufacturer of office devices, to expand its capabilities and enter the digital camera market with an already well-known brand (although Ricoh and is engaged in the production of cameras, first film, and then digital, its products did not have much success on the market). And for HoyaAccording to analysts, such a deal will be an opportunity to fully focus on its core business.