Today is the 30th anniversary of the TV channel Cable News Network, better known as CNN. His work began on June 1, 1980, exactly at 18:00. It was broadcast from a studio in Atlanta, Georgia. This event was a major milestone in the history of journalism.

When entrepreneur Ted Turner (Robert Edward Turner) announced his intention to create a television channel that would broadcast only news, there were many skeptics who argued that this idea was doomed to failure. In their opinion, a channel devoid of entertainment content is inevitably doomed to failure. But Turner was smart enough not to listen to negative opinions. And I had the patience and courage to overcome the troubles of the first years, when monthly losses amounted to millions of US dollars. 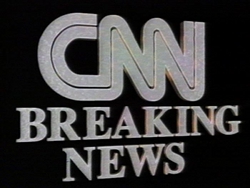 30 years have passed. Over the years, the channel has significantly expanded its broadcasting areas, reaching Europe and Asia. Now CNN already speaks several languages. And thanks to modern technologies, it became possible to receive news literally a few minutes after an event.