The American company Coach is known for its various accessories that belong to the world of luxury.

The company was founded in 1941 as a small family business. Initially, she offered customers exclusively men's leather wallets and purses. The development of the business received an impetus when the entrepreneurs Miles Cahn and Lillian Cahn, who led the company in the 50s, began to pay attention to quality and product range. In particular, methods were developed for dressing and dyeing leather, which made it softer, more flexible and pleasant to the touch, and also made it possible to give leather products a deeper color. The company also benefited from the idea to start the production of women's bags, which significantly increased its popularity. 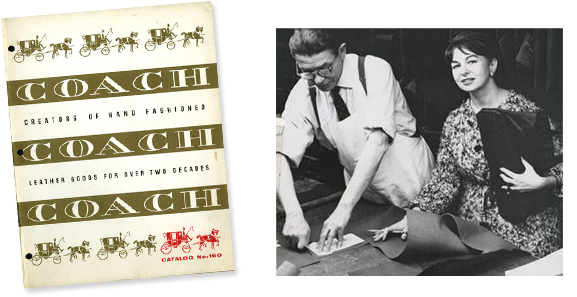 Today, the Coach range has grown significantly, these are men's and women's bags, wallets, shoes, sunglasses, as well as clothing, jewelry, perfumes and the like. But the "business card" of the design house Coach is luxury leather accessories.

The company logo was designed by designer Bonnie Cashin in 1962, who also designed many of the brand's products. The logo is a silhouette of a carriage drawn by horses, symbolizing luxury, high class and elegance.

The company sells its products worldwide, with more than 1,000 Coach stores of the same name open. The brand has made a name for itself in the luxury goods market and is considered one of America's best-known suppliers of premium quality leather accessories.