Sports brand Columbia Sportswear (better known to us as simply Columbia) is one of the most famous and respected in the world. The company produces a wide variety of products, in addition to warm sportswear, shoes and various accessories are also produced. Columbia clothing is readily used both by athletes and for everyday wear. And now it's hard to believe that the history of the brand began with a tiny factory for the production of hats.

Paul and Mary Lampre already had experience owning a clothing business. Therefore, when in 1938 they settled in the United States, fleeing Nazi persecution, they decided to acquire a small company called Rosenfeld Hat Co, which specialized in the distribution of hats. Under the leadership of the four Lampre, the company received a new name - Columbia Hat Company, in honor of the river that flowed in the immediate vicinity.

But the hats distributed by the Columbia Hat Company were not of the best quality and sold very poorly. There was a decision to start their own production. By that time, the business was already run by the daughter of Paul and Mary - Gertrude, as well as her husband Neil Boyle.

Gradually, the business developed, the range of products expanded. By 1960, the company's name had become obsolete and was changed to the Columbia Sportswear Company. But the development was too slow, serious financial investments were required. And for this, the Boyle spouses took considerable loans, counting on the possibility of returning them when the company became known throughout the country (and they dreamed about this). But then a misfortune happened - Nick died of a heart attack. 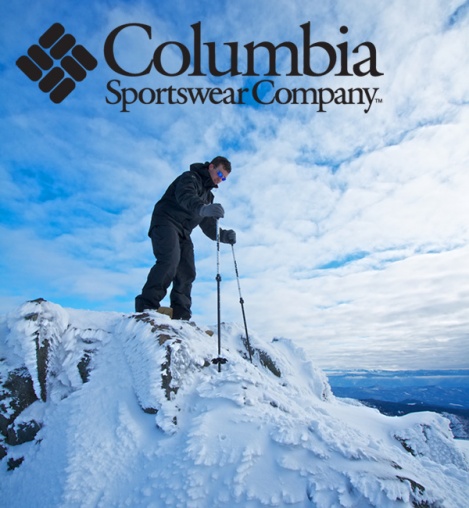 Gertrude was left with huge debts. Creditors offered her to sell the company, which by that time already enjoyed a certain respect in that region. And a buyer was found. The only one who responded to the offer to sell said he was ready to pay Gertrude a miserable $ 1,400. At the same time, he bought out only the brand, refusing production capacities and debts. This proposal so outraged the widow that she decided not to abandon the Columbia Sportswear Company, but to carry out all the old plans on her own. In this she was supported by her son Tim. By 1976, the two of them managed to rectify the situation, which initially seemed hopeless.

In the early 80s, Columbia was already firmly on its feet. By that time, it was fashionable to wear sportswear, the company's products came in handy. Especially popular were her jackets, originally created for anglers. It is jackets that remain extremely popular today. In the mid-80s, the company's revenues were already in the millions.

The next qualitative leap came in the mid-90s, when Columbia entered the world stage, starting with sponsorship of the Winter Olympics. Success in these ventures helped establish the Columbia Sportswear brand as a global name.

The purposefulness of Gertrude Boyle allowed not only to save the company and make it world famous, but also became proverbial. Employees of Columbia Sportswear are literally afraid of this harsh woman, who is now called nothing more than Mother Boyle. 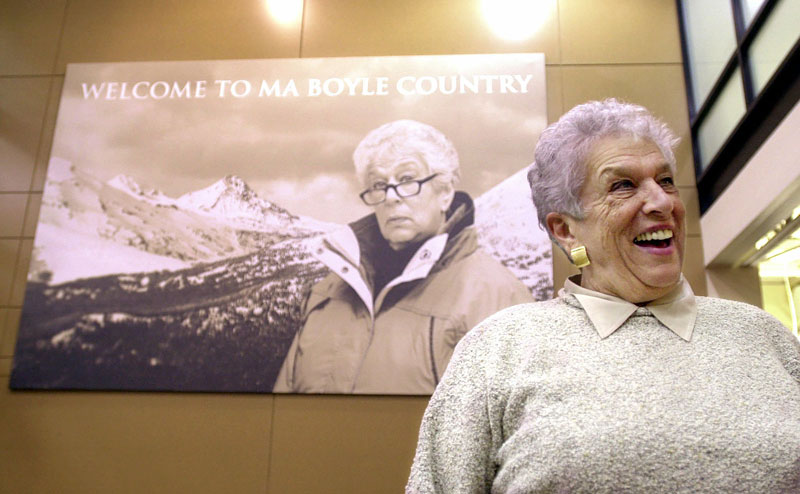 And it should be noted that Gertrude is not upset by the current image. Moreover, she actively exploits him - the imperturbable and stern Mother Boyle often appears in advertising (for several decades now, the advertising agency Borders, Perrin & Norrander has been doing it). By the way, she is deservedly considered one of the best female business owners in the United States.