Canadian developer of software for various platforms, mainly related to publishing and graphics. Most famous as the creator of the vector graphics editor CorelDRAW! и Corel Photo Paint. In our time, the popularity of these products is not as high as before, they have been seriously pressed by solutions from Adobe. However, there are tens of millions of graphics software users around the world from corel. However, the company is also engaged in other interesting and popular projects, for example, it is she who develops and supports the archiver winzip (since 2005).

Sometimes you can hear the opinion that the name of the company is derived from the word coral ("coral"). Actually, it's an abbreviation for COwpland REsearch Laboratory. The first word is the name of the founder, whose name was Michael Cowpland. This was in 1985. Initially, the company was engaged in business software.

In 1989, a significant event takes place - a graphic editor is created CorelDRAW! - the first of its kind. It was this product that was destined to subsequently make the company famous in the world market. In the future, the company was most active in the graphics software and desktop publishing market. Publishing corel started in 1993, after acquiring from Xerox divisions Xerox, Ventura Software Inc.who did the program Ventura Publisher. To date Corel Ventura still quite popular, although significantly inferior to products from Quark и Adobe.

In 1996, the program was acquired word perfect at the company Novell. Since then corel also deals with office applications, not too bright, but still competing with MS office. Long time more or less high popularity word perfect was explained by the fact that this software was available for a wide variety of operating systems, and not just for Windows. Today, there is serious pressure from the free office suite. openoffice.org. 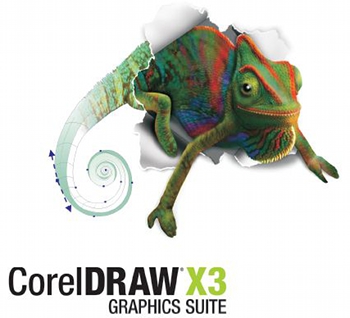 Throughout the 1990s CorelDraw was exceptionally popular, including in the territory of the former USSR. This program is very popular today. Perhaps it was this popularity that was the reason for the fact that corel relaxed and made a few miscalculations. For example, in the period from 1999 to 2000, work was carried out on the distribution kit linux own spill - Corel Linuxthat was built on the basis Debian Linux. Work was also underway to adapt the company's graphics software for this OS. The result was a complete failure and the loss of considerable funds - Corel Linux did not interest consumers, although the system was implemented quite well.

Ended in failure and attempts to port CorelDRAW! under macOS - very conservative users Apple did not want to give up their habitual Adobe Illustrator. All these costs further had an extremely negative impact on the financial well-being of the company.

In 2000, Michael Copeland was forced to leave the company he founded, having been accused of disclosing some insider information to third parties.

However, in 2003 she herself corel was taken over by an investment group Vector Capitaland then became a private company. The cost of the transaction was surprisingly low - $ 97 million, which somehow did not fit with the big name corel.