The Corona brand is owned by the Mexican company Grupo Modelo, under which the world-famous pale lager beer is produced. Also, this brewery produces beer under the brands Modelo, Estrella, Montejo, Pacifico and others.

The company is now owned by the Belgian corporation Anheuser-Busch InBev. The purchase deal was completed in June 2012 when Anheuser-Busch InBev, which previously held 50% of the company's shares, bought the remainder for US$20.1 billion. At the same time, the deal could not be completed for another year due to violations of US antitrust laws. It took place finally only in June 2013, provided that now the brewery does not have the right to export the brand's products to the United States - this is done by Constellation Brands. 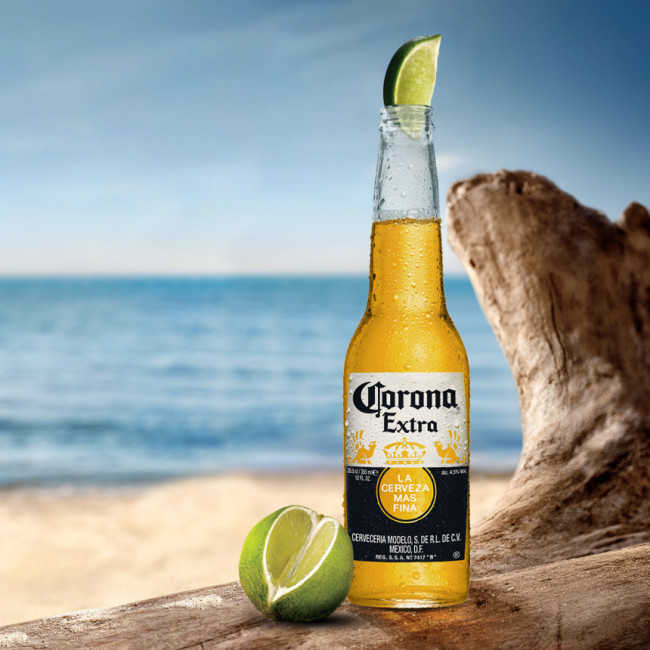 Occupying 63% of the Mexican beer market, the company exports its product to almost all countries of the world. And the Corona brand is Mexico's leading export brand. Corona beer comes in recognizable transparent bottles with the crown logo, and cans of this brand of beer have also appeared in recent years, but they are much less popular. The main brand of the brand is Corona Extra, with an alcohol content of 4.5%, the second most popular brand is Corona Light, with an alcohol content of 3.7%. In addition to the traditional Corona Extra bottles, there are also smaller bottles under the Coronita brand.

Beer production under this brand began in 1925, when the Grupo Modelo brewery was founded. Today the company owns seven breweries in Mexico with an annual capacity of 60 million hectoliters.