Danone is well known to every dairy lover. This French group of companies, headquartered in Paris, gave the world yogurt - a product that no one even heard of a hundred years ago.

It was founded back in 1919 by a Turkish Jew named Isaac Carasso in Barcelona. He named her in honor of his son Daniel, since Danon is a diminutive variation of this name. A doctor by profession, Isaac first sold his products through a network of pharmacies as medicine.

With the outbreak of World War II, Isaac Karass, due to his Jewish origin, decides not to tempt fate and moves to America, where he establishes Dannon Milk Products Inc. He also makes some changes to the name of the company in order to better adapt the product to the local consumer.

In 1951, at the end of the war, Isaac returned to Europe and two years later released a revolutionary product for that time - fruit yogurt with strawberry, banana and orange flavors. 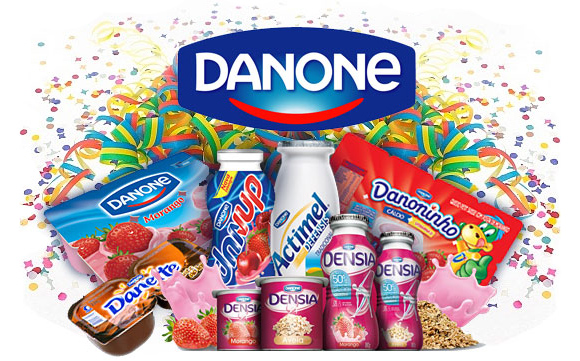 Today, the main activities of the company are dairy products, baby food and mineral water. Its products are produced under such well-known brands as Danone, Activia, Fantasia, Danissimo, Evian, Raumplus and more. According to recent data, the company employs about 102 thousand people. Its revenue is €21.3 billion and its net income is €1.6 billion.