Mezcal is a traditional Mexican alcoholic drink made from fermented blue agave juice. In composition, it is very similar to tequila, but it is made according to a slightly different method. As a result, the drink has a more pronounced taste and aroma.

To date, mezcal is quite popular in the American and European markets. The main reason for this popularity lies in the carcass of the caterpillar placed inside each of the bottles of alcohol. The caterpillar mezcal was first produced by Del Maguey Mezcal back in 1940. After a while, other brands also borrowed this experience. The corresponding bottles are marked with the inscription "con gusano" or "with agave worm". The larva does not affect the taste of the drink in any way, but the imagination of consumers has been exciting for a long time. 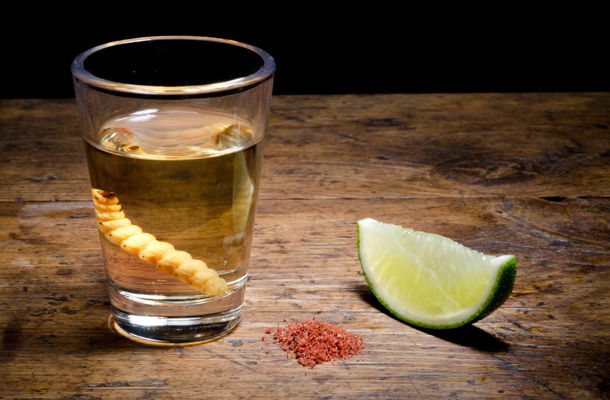 So, there are many assumptions explaining its appearance. According to one of them, the caterpillar is designed to show the purity and strength of alcohol, since otherwise it would simply rot. According to another version, this insect is a traditional Mexican snack, and it should be eaten after the mezcal is completely drunk. There are also people who consider the caterpillar to be a strong hallucinogen, and therefore they attribute to the drink itself those properties that it does not possess.

In reality, the use of a poor larva in bottles of alcohol is nothing more than an effective publicity stunt that cunning Mexicans resorted to in order to bring their drink to the international market. And their calculation fully justified itself - attracted by the exotic, consumers are especially willing to buy exactly the mezcal, at the bottom of the bottles with which the unfortunate caterpillar swims.