Walt Disney, without a doubt, was a unique person. He skillfully combined the features of a good storyteller and a good entrepreneur, competently balancing between his desires and real possibilities. Therefore, it is not surprising that the company he created continues to develop and flourish even today - after 90 years from the date of its foundation. Interesting facts about the Disney brand you can read the related article. And this text tells about how it all began.

One of America's most experienced businessmen was born December 5, 1901 in Chicago to a poor Irish immigrant. He was the youngest of four children, but this did not relieve him of the need to earn a piece of bread from childhood - the boy delivered newspapers from an early age, traded on trains, worked on a farm and more. In his spare time, little Walt drew comics and made cartoon sketches, which he then sold.

As soon as the young man turned 16, he volunteered for the Red Cross organization. His goal was to help the soldiers of the First World War - Walt went to Europe, where for a year he worked as an ambulance driver. Upon returning to the United States, the young man enters the Art Institute of Chicago. During his training there, Walt Disney, who had previously planned to study acting, felt drawn to animation for the first time.

Together with his brother Roy in their uncle's garage, Walt organizes a cartoon studio, which is called Disney Brothers Cartoon Studio. A period of hard work begins, which was accompanied by both financial difficulties and a fierce struggle to uphold copyright for the products created by the brothers. 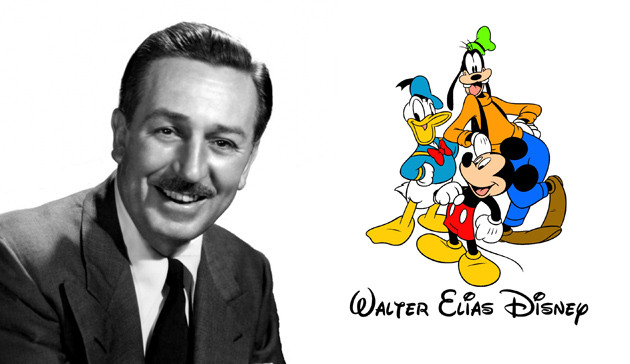 The first cartoon by the Disney brothers was Alice in Wonderland. It differed from all other animated films of that time by an unusual idea - it was about an ordinary person who got into the world of animation. The popularity of the film exceeded all expectations. The brothers received a good fee and changed the name of their company to a more concise one - the Walt Disney Company. It happened in 1923, the company acquired its own famous logo a little later. At first, it was a silhouette of the German castle Neuschwanstein, later - the French Chateau Dusset. At the bottom there is an inscription - "Walt Disney Pictures". It would be difficult to find a better logo for a company that produces films for children.
Multipliers meanwhile had to move on. Walt Disney understood that the main thing for them was to keep up with the times. In cinema, the era of sound films began, which meant the end of silent cartoons. The first animated character to speak from the screen was Mickey Mouse. He spoke, by the way, in the voice of Walt Disney himself. Over the next twenty years, the cartoonist personally voiced his favorite character, who soon became one of the symbols of America itself.

Following the first sound cartoon, cycles of such short films as "Funny Symphonies", "Dance of the Skeletons" and "Three Little Pigs" were released, which introduced the viewer to completely new characters - Pluto, Goofy and Donald Duck. In 1937, Walt Disney released the first animated feature film, Snow White and the Seven Dwarfs, and a little later, the first color cartoon called The Concert.
While working on the films, Walt Disney simultaneously served as director, producer and screenwriter. It is noteworthy that he took only those projects that seemed interesting to him. That is why one cartoon could be a huge success, and the next one turned out to be a complete failure. It was at the studio of the Disney brothers that bonuses were first introduced for animators - each of them received a reward for each idea proposed to the company's management. Later, this approach was adopted by other film studios, including Soyuzmultfilm.

In the early 50s, along with the success of Disney cartoons, the number of people who wanted to see the process of creating animated pictures with their own eyes grew. The animator, thinking that the film studio itself can be a very boring place for visitors, came to the conclusion - why not create an amusement park in which all the cartoon characters would come to life?
Thus, in 1954, Walt Disney, having set a new goal, buys 65 hectares of orange groves in New Orleans. Having pledged all his property, as well as resolving the issue of attracting investors, the entrepreneur creates an amusement park - Disneyland. The $17 million invested in the park during its construction more than paid off in just a few years, and five years after the opening of Disneyland, the income from it already exceeded the income from the company's film industry.

The whole world has already been talking about the amusement park and the Disney film studio, and who knows how much the fame of the Walt Disney Company would have increased if the great Walt Disney had not died in 1966. The chair of the head of the board passed to his brother Roy, who, unfortunately, did not outlive Walt by much.

After Roy's death in 1971, Disney fell on hard times. In the early 1980s, the audience for family films in the United States fell sharply, and with it, the company's revenues also declined. For several years, the Walt Disney Company was kept afloat only thanks to the income received from the amusement park. During this time, not a single popular film was released. 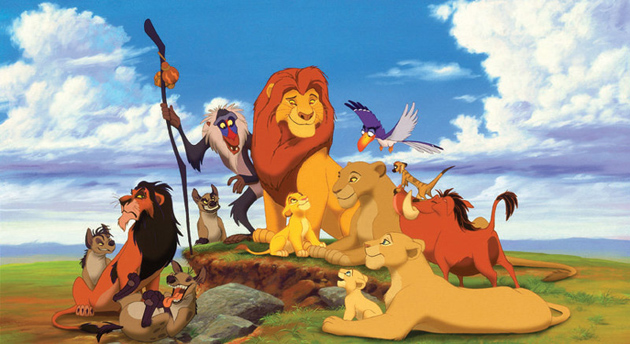 This situation lasted until 1984, when part of the company's shares were bought out by the Texas oil tycoons - the Bass family. The new owners, without hesitation, put new experienced managers at the helm of the company. They were Frank Wells, former vice chairman of Warner Brothers, and Michael Eisner and Jeffrey Katzenburg, formerly of Paramount. Thanks to their efforts, the Walt Disney Company began to gradually regain lost ground. The show "The Magical World of Disney" was created and its own cable channel, The Disney Channel, was launched. The following years were also marked by the release of such cartoons as The Little Mermaid, Beauty and the Beast, Aladdin and The Lion King.

Today, the Walt Disney Company continues to grow rapidly. The company owns branded stores around the world, periodicals, hockey and baseball teams. In addition to Disneyland in New Orleans, there are also similar amusement parks in France, Japan and China. The company's annual turnover is $21 billion, and not everyone can compete with such indicators.