For many, the news was not even the closure of the factory, but the fact that, until recently, typewriters were still being produced and even sold. Production Godrej & Boyce was one of the last major productions in the world, which means that we can assume that the point in one of the stages in the development of technology has been set - the era of typewriters has officially ended. Starting back in 1870 with the advent of the first typewriter, she saw her decline with the advent of the new millennium and the computer era. 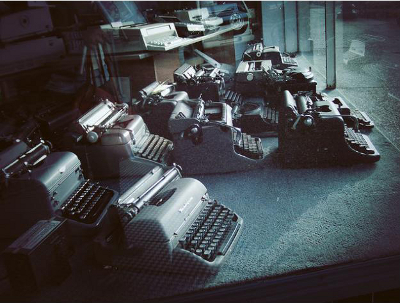 Typewriters, mechanical and electric, have long been supplanted by computers, and with the advent of mobile, convenient and inexpensive laptops, their use has almost disappeared. Although in some countries this process was not so fast and typewriters are still used. India is one of those countries, you can often find these devices in our country, especially when it comes to government agencies. Mechanical typewriters are also often used by creative individuals, because such rarities are considered one of the symbols of writing and a creative approach to working with words.

Of course, you should not take the news of the closure of the last manufacturer too seriously, there are still several companies left in the world that, although not in such volumes, but produce typewriters, their main buyers are various government agencies. And buying a used typewriter of any configuration and appearance is not difficult. But undoubtedly, with the closure of the Indian factory, an end was put in the history of typewriters and their complete disappearance is now only a matter of time.