dropbox is a cloud storage service owned by the company Dropbox Inc. . The user has the ability to access his information from anywhere in the world where there is an Internet connection, share it with other users, synchronize data with remote devices.

The concept of cloud storage is not new and dropbox far from the first company to create such a service (in fact, it has more than enough competitors). The reason for the popularity of this solution was such factors as cross-platform (all the most popular systems today are supported, including mobile ones), ease of use and very attractive terms of use - 2 GB are provided free of charge, you have to pay for large volumes, but this cost is low . 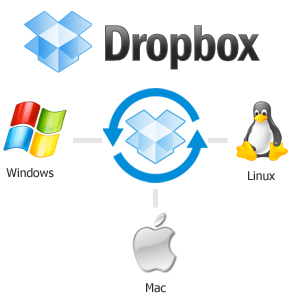 As the founder of the service, programmer Drew Houston, tells, he decided to create dropbox after once again forgot a flash drive with important information at home. At that time, he was still a student at the Massachusetts Institute of Technology. Company Dropbox Inc.. was founded in 2007, becoming a typical Silicon Valley startup. Drew did not have enough money, but he had no difficulty finding venture capitalists. In case of dropbox funding was obtained from several sources. True, the allocated amount was still enough only with difficulty.

Interestingly, in his search for funding, Drew turned to Steve Jobs as well. The latter was very interested in this idea. So much so that he even wanted to redeem Dropbox Inc.. The amount of 100 million dollars was called. However, the young founder of the company refused. As a result Apple created its own variation of cloud storage - iCloud.

Position Dropbox Inc. every day it becomes more and more difficult, as the number of competitors grows, in the face of the same iCloud and solutions from other companies. A very negative role in the development was played by an incident that happened in the summer of 2011, when within a few hours it was possible to log into any account using any password. In addition, at dropbox there is no encryption, which means low data security. Whether the company will be able to successfully withstand the onslaught of competitors, time will tell. For now dropbox is the leader in terms of the number of users.