Company Esprit began its existence in 1968 in San Francisco. It was founded by Susie and Doug Tompkins. Initially, under this brand, only clothes for women who had already reached middle age were produced. These were things not too bright, but comfortable and practical. Thanks to the good quality of its products, the company managed to quickly get on its feet, but for a long time it remained small, attracting little attention to itself. The most interesting thing is that at first the spouses, who could not afford to rent the premises, were engaged in traveling trade, adapting their old painted Volkswagen T1 minibus for this purpose (this model is also known as the “hippie trailer”). Susie was the designer, Doug was in charge of the finances.

It is possible that the company would have remained a small family business if the couple had not met Michael Ying, who took the reins into his own hands. Since then, a rapid rise has begun. In 1971 the name appears Esprit de Corp, instead of the one used at the beginning Plain Jane Dress. By that time, the assortment had already become quite diverse and continued to expand. 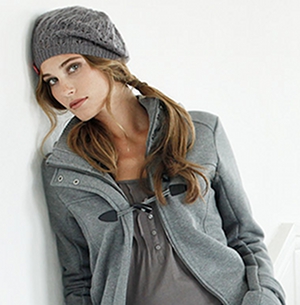 In 1979, when the company had its own corporate identity, which was developed for it by designer John Casado. He also created the logo, which is now considered one of the most famous in the fashion world. Esprit started to gain momentum.

1986 was marked by the opening of the first foreign company store - it was in Germany. Then stores began to open in other countries of Western Europe. By 1992, Esprit was already known almost all over the world. Esprit ranks among the top 100 US brands. The company positions itself as a manufacturer of affordable, but stylish and high-quality clothing. Practical and affordable, no overpayment for the brand.

To date, turnover Esprit Holdings Limited are already in the billions of dollars. About a thousand branded stores around the world have already been opened, and this number continues to increase. Most of them work on a franchising system. Most of all, this brand is popular in Germany. In the same place in the city of Ratingen (Ratingen) is now the headquarters Esprit Holdings. At the same time, there is also a headquarters dealing exclusively with financial matters. It is located in Hong Kong.