Finnish air carrier Finnair said that as part of a long-term plan to increase the number of flights between Europe and Asia, a major rebranding will be carried out. An amount of ten million euros has already been allocated for this.

Rebranding will include a change in corporate identity Finnair: the logo, the interior of the service premises, as well as the "shape" of the aircraft and the design of their cabins. The agency will take care of it SEK & Gray. It is planned to finish this by 2013. 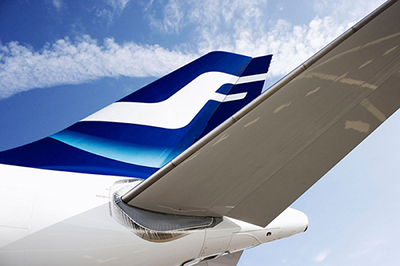 As already mentioned, in this way the company plans to significantly increase the number of shipments between the countries of Central and Northern Europe and Asia. Well, with their growth Finnair expects to become the largest air carrier in the Nordic countries (at this stage the company is the largest in Finland). This should be done by 2020. This plan was called "The Vision 2020".

Mika Vehvilainen, Chief Executive Officer and President of Finnair, said: “We want to increase our appeal not only to Finnish but also to Asian customers. We studied our level of recognition in the Asian region and are confident of success.” By the way, this year the Chinese travel magazine Voyage named Finnair one of the best airlines.