Today marks the 5th anniversary of one of the most popular browsers - firefox. November 9, 2004 Mozilla introduced a new open source browser Firefox 1.0, which was a logical continuation of the project Mozilla Suite. 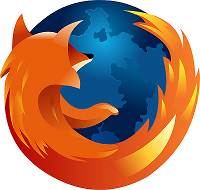 The project was originally called Phoenix, but due to legal conflicts was renamed to firebird, and later in Firefox. Name Phoenix (Phoenix) symbolized the revival of the company's developments in the new browser Netsape and to some extent hope for a new birth of the Mozilla.

Today firefox chosen by about a quarter of Internet users, it is second only to Internet Explorer and continues to grow in popularity.