The world famous toy manufacturer from America, whose history began in 1930 in the town of East Aurora, which is located near New York. The company was founded by Herman Fisher and Irving Price, who took over as CEO. Irving's wife, Margaret Price, who played the role of an illustrator, and Helen Schelle, who worked in a toy store in New York for many years, and therefore had extensive experience in this direction.

2Already in 1931, the first 16 toys made of wood were presented to the attention of consumers. The creators tried to create toys that would combine an interesting and strong design with an adequate price. And apparently they succeeded, because toys Fisher Price quickly gained popularity among consumers.

The company was one of the first to actively use plastics - the first such toys (39 different models) appeared in its assortment in 1950.

In 1960, Irving Price left his leadership position and Fisher Price was taken over by a food manufacturer, a company Quaker Oats Company from Chicago. Only 30 years later, in 1961, it was possible to get out of the influence of the Quakers. But not for long, in 1993 Fisher Price became a subsidiary Mattel Inc., a toy manufacturer that owns famous brands such as Barbie и Matchbox. 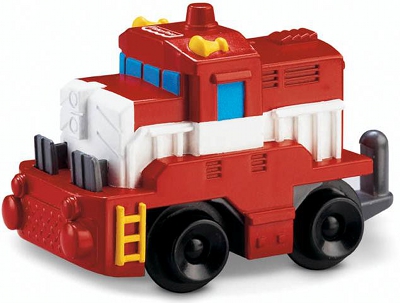