It became known that negotiations on the purchase of the company Volvo Cars Chinese Geely already entered the final stage. current owner Volvo - American automaker Ford I am confident that the transaction will be completed in the next few months.

However, this news did not become a revelation - Geely Automobile Holdings and was previously named the most likely bidder for the purchase. 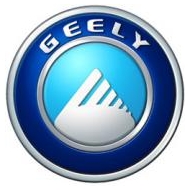 Exact figures are not given, but there is talk that Geely will have to "count" about 2 billion US dollars. By the way, at the time Volvo cost the Americans nearly $7 billion.

The Chinese manufacturer is most interested in security technologies. Ford plans to pay off part of the accumulated debts.