The American company Frito-Lay is one of the divisions of the corporation PepsiCo and its main task is to produce and sell corn flakes, potato chips and other snack foods. The most famous brands produced by Frito-Lay are Lay's, Doritos, Fritos, Cheetos, Ruffles, Rold Gold. The sales volume of each of these products exceeds $ 1 billion annually.

The history of Frito-Lay began in 1932 with the founding of two completely unrelated companies - The Frito Company and HW Lay & Company, each of which was engaged in the production of snacks. In 1961, the companies decide to merge, and already in 1965, the newly formed Frito-Lay Inc. bought by PepsiCo Corporation and turned into its subsidiary. 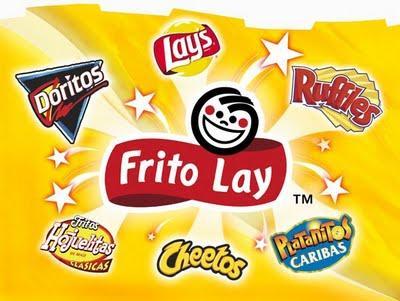 Today, Frito-Lay is the largest manufacturer of snack foods in the world. For example, in 2009, the company's market share in the savory snack market in the US was 40%, and in the corresponding market outside America - 30%. Frito-Lay brings PepsiCo about 30% of its annual revenue. As of 2010, Frito-Lay boasted manufacturing plants and regional offices in more than 40 countries around the world. In America alone, the company owns about 2,000 distribution centers, offices and warehouses.

Frito-Lay is currently headquartered in Plano, Texas. The chair of the president and chief executive officer of the company is occupied by businessman Tom Greco.