The history of this German tire manufacturer dates back to 1900. It was then in the city of Fulda, which is located in the land of Hesse (Fulda, Hessen), entrepreneurs Gust Becker and Moritz Hasenklver opened a small factory Fulda Werke for the production of various rubber products. Various trifles were produced, such as gaskets, erasers, rubber mats. Tires were produced from the very first day, only initially they were tires for horse-drawn vehicles and various handcarts. But starting in 1906, tires for bicycles and motorcycles also began to be produced. A year later - and for cars.

Having started the production of car tires, the founders of the company realized that it was this production that was most interesting to them. Gradually, they begin to abandon the release of other goods, completely completing this process by 1919. To some extent, this was facilitated by the First World War, which the company survived and now needed to optimize production capacities.

Since then Fulda known exclusively as a tire manufacturer. The company is gradually increasing the volume of products, expanding the range. So, by 1933, the first tire appears Fulda, created specifically for luxury cars - it was distinguished by innovative white sidewalls.

1938 was marked for Fulda the emergence of an interesting car of unusual design, capable of developing high speeds. It was specially created for testing new tire models for sports cars. A unique car was built on the basis of the chassis Maybach. However, the beginning of World War II prevented its active use. 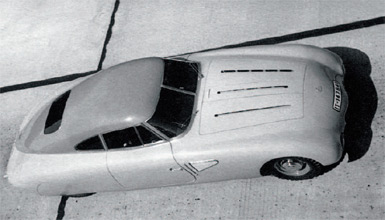 During the war factories Fulda, like the rest of Germany's industry, worked for the front. By 1945, most of the factory premises lay in ruins. They were restored fairly quickly. And immediately the question arose - whether to return to the production of tires or start producing various rubber trifles again. The fact is that in a war-torn country, the second seemed much more relevant. But simple ways are far from always true, so they decided not to be afraid of difficulties, and from August 1946 tires began to be produced again. Fulda.

The company does not abandon the idea with special cars and in 1961 a special bus appeared, which went down in history as the Fulda Blitz. The bus, painted in the yellow and red colors of the company and capable of accelerating up to 140 km/h, was actively used in the creation of tires for trucks.

And in 1962 the company Fulda loses its independence, being absorbed by the American Goodyear Tire & Rubber. However, this had little effect on the way of life of the company.

The further history of the manufacturer is filled with various studies and achievements. Around today Fulda there was an image of inexpensive tires with good characteristics, of which the widest range is produced. Since 1986, the black panther has become one of the symbols of the company.

The company's headquarters is still located in the city of Fulda. The factories, the number of which has long since exceeded a dozen, are scattered across Europe - they employ thousands of people, producing millions of tires annually.

And the practice of creating unique cars is not forgotten - the latest model was the Fulda Maybach Exelero, which appeared in 2005. This is a direct descendant of the model of the 30s.