The Gap, Inc., better known simply as Gap, is one of the largest retailers in the United States, an empire that owns several thousand clothing stores around the world.

Like many other similar companies, Gap started out as a small store that opened its doors in 1969. Its founders were the spouses Donald and Doris Fisher (Donald Fisher, Doris F. Fisher). Donald at that time was already 40 years old, he was a successful developer, but he wanted to try his hand at something new.

Initially, the store's assortment consisted only of Levi's jeans and phonograph records - an assortment that inevitably attracted young people. It should be added here that the outlet was located near the University of California at San Francisco (San Francisco State University), so the flow of young visitors was ensured. By the way, there is a legend that the idea to open a denim store came to Donald after he could not find the right size trousers for himself in a nearby department store.

The businessman was convinced that jeans would be to the clothing world what hamburgers are to the food world. And audio recordings of famous performers, according to his plan, were to serve as additional bait for buyers. But then a funny thing happened - the visitors mostly bought records and paid almost no attention to the trousers. Donald was close to bankruptcy when he came up with the idea to place ads in local newspapers selling "4 tons of jeans" at affordable prices. The ad worked and sales skyrocketed.

To emphasize the store's youthful focus, Donald named it The Gap, a nod to the sociological term Generation Gap, meaning the difference between the values of younger and older generations. Pretty good name, especially considering the fact that the word "Gap" is very easy to remember. The company itself was then called The Gap Stores, Inc.

Things went well and by 1973 the number of stores had already reached 25, the company began to go out of state. With a wide range of jeans and attractive prices, Gap outlets have become increasingly popular with customers aged 14 to 25. Prior to this, Donald did not have much experience in retail. But he quickly learned and realized how important a single and recognizable style for the entire network. The stores were brightly colored, often orange, filled with round metal shelving, and animated with rock and roll music. To save on rent, Donald tried to choose only small premises in shopping centers.

And in 1974, a significant event took place - it was decided to start selling jeans under their own brand. However, initially products under the Gap label accounted for only a small percentage of all goods in the company's stores, where it was already possible to purchase products not only from Levi's, but also from other brands. 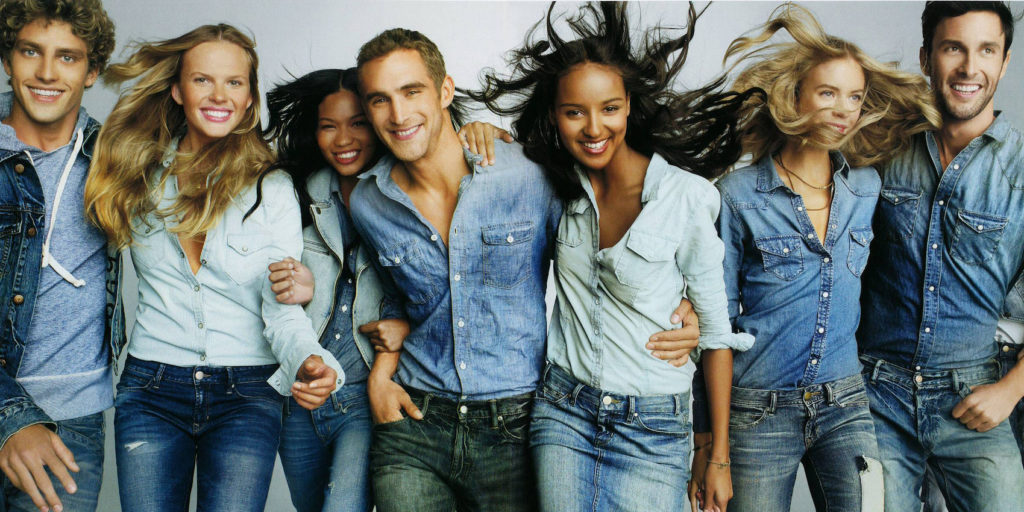 A few years after opening its first stores, The Gap was already selling $2.5 million a year and the company went public. Shops began to open with incredible speed across the country. After another 5 years, their number was 181 in 21 states. Sales by that time had already reached 97 million dollars a year.

By the beginning of the 80s, The Gap was already opening 50-80 new stores a year, and its income was already in the hundreds of millions. However, it became clear that jeans alone were no longer enough. The market was flooded with such products, Levi's jeans were now sold in supermarkets such as Sears and JCPenney. In addition, Gap stores were associated exclusively with teenagers. Sales were still strong, but it became clear that something new needed to be done urgently.

Millard began by redesigning stores that he considered frankly tasteless (in his personal statement, "ugly"). Screaming bright colors were replaced with soothing whites and grays, round tables with racks of neatly folded clothes illuminated by soft light.

The changes affected not only the interior, but also the range. First of all, Millard refused to sell third-party products at all. An exception was made only for Levi's jeans, but those were relegated to the background. Gap stores were to exclusively sell Gap clothing. A large staff of designers was formed to develop casual wear that was simple, made from natural materials, and more clearly differentiated by gender than jeans. It was clothing for people who wanted to look and feel young without looking sloppy or provocative. By the end of the 80s, the Gap brand meant good taste. 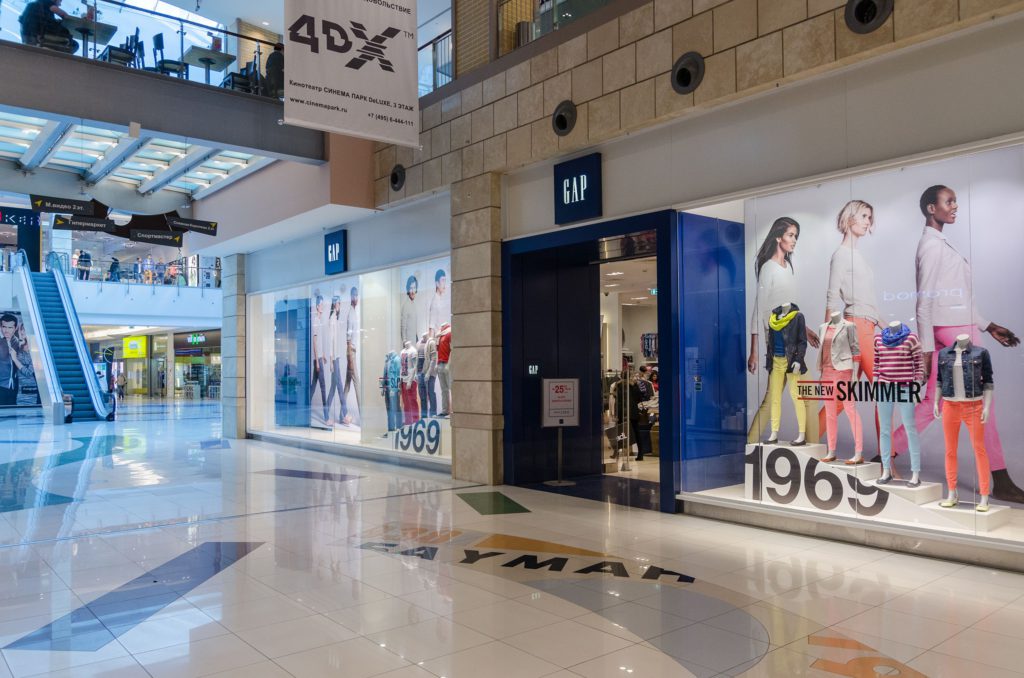 Note that at that time the company was doing very well, from the outside it might seem that no changes were required. The crisis was then only outlined and it was required boldly in order to start cardinal changes. But it was they who brought Gap to the number of absolute market leaders. Initially, Millard's actions led to hefty costs and dips in profits. However, a year later it became clear that he had performed a real miracle.

It is believed that one of the secrets of the company's continued success was the assortment offered to it. Jeans were complemented by shirts and T-shirts, with patrons able to choose from a variety of colors and sizes. To spoiled buyers of the 21st century, this no longer seems something unique. But in those years, few retailers could boast of such.

Since 1983, Gap has been experimenting with brands. Banana Republic was taken over, with only two stores, but with a well-established catalog business. This was followed by the Pottery Barn chain, dealing with household goods. This purchase was unsuccessful and the nonsense was eventually eliminated. In 1994, the Old Navy brand was created, in 2006 - Piperlime; absorbed in 2009 company Athleta, other similar steps were taken. Interestingly, in 2019 Old Navy brand It was decided to separate into an independent company.

In 1987, Gap decided to try their hand outside the US. The first overseas store was opened in London, after which a massive expansion began in the UK market, and then France and Canada. Today, Gap stores can be found in almost any country where there are more or less large shopping centers. In 2008, their number exceeded 3,700 (of which 2,400 were in the USA). Many of these stores operate on a franchise model.

By the end of the 90s, it became clear that Gap had played too much in fashion and began to lose customers. Millard restructured again, returning to simplicity and once again focusing more on jeans and T-shirts. Sales went up again, reaching record levels and exceeding a billion. It was another success for Millard. By the way, according to National Post calculations, the company grew by 24,000% under his leadership. This is one of the most notable success stories in the retail industry. However, the new century made its own adjustments, sales growth increased, while incomes began to fall, problems and losses began. In 2002, Millard left the Gap. today he holds a similar position in the J.Crew network. 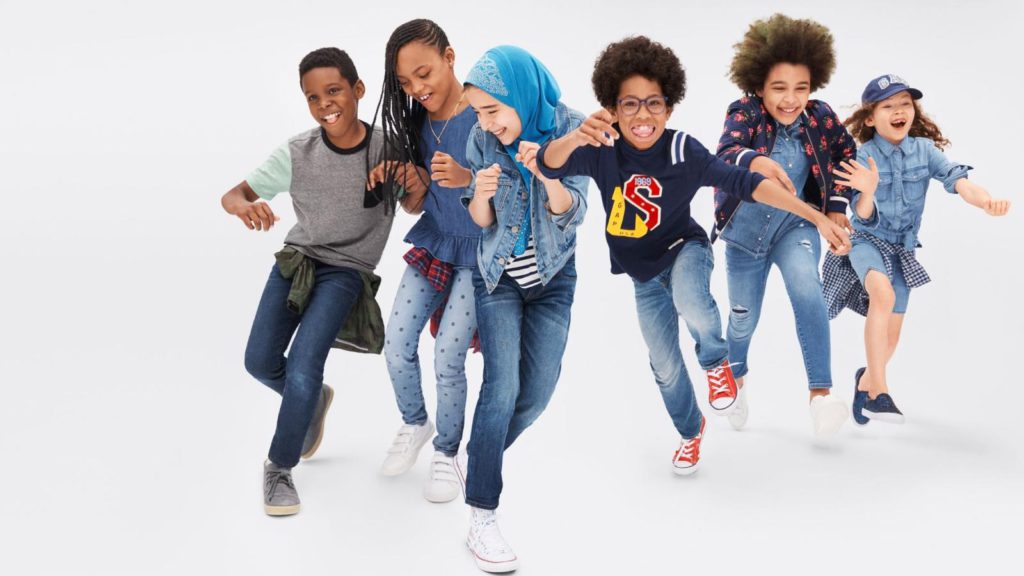 The modern market is a difficult test for any company. This is not to say that Gap is going through difficult times, but the company is not able to show previous excellent results. We have to close stores and carry out a new restructuring. But to say that things are going badly for her is also impossible. Gap continues to have a huge impact on the market and has a huge following around the world, offering them the widest range of clothing for men, women and children.