Analytical company Gartner published an opinion according to which the future of personal computers is sad - their sales will steadily decline. The future, according to analysts, belongs to tablets.

PC sales are expected to peak at 440 million units in 2012 before declining. But tablet computers, on the contrary, will be sold better and better. And if recently the entire tablet market was, in fact, only one Apple iPad, now other interesting solutions have appeared on it, such as the Motorola Xoom, which will certainly interest many potential buyers who, for one reason or another, do not wanted to buy "apple" products.

Statement Gartner doesn't look too implausible. After all, a modern tablet computer can use an external monitor and keyboard. That is, the device can fully serve as a replacement for a desktop PC, with the ability to take it with you at any time. At the same time, tablet computers have much higher autonomy than laptops. Users have already appeared who would like to use their "tablet" in a similar role. 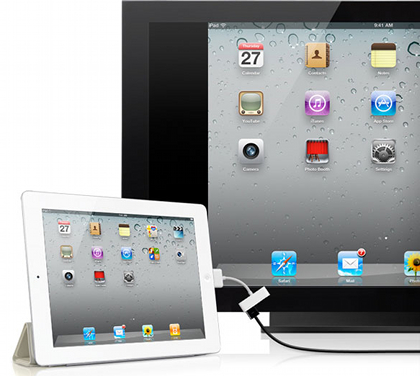 The world is becoming more and more mobile. And computer manufacturers have already noticed this. By the way, many of them began to reduce the production of netbooks and even laptops.

And if such predictions come true, then the hardest thing will be Microsoft. After all, its operating systems are extremely poorly adapted for use with tablet computers. And talk about the fact that Windows 8 will be the ideal system for "tablets" is the essence of the promise. Until this OS comes into being at all, iOS и Android become not only popular, but become standards.