There are few companies in the world with such a controversial reputation as Gazprom. The name of the corporation is often mentioned in the media, often in Russian, and no less often in European ones. For many in Europe, this is a monster used by Russia for political pressure and economic oppression of entire nations. What is Gazprom really? What is the history of its activities?

In the 90s of the last century, headed by Rem Vyakhirev (until 2001), the concern and its activities repeatedly became informational occasions for the media - it was noted both in political (including corruption) and economic scandals.

Despite the fact that the concern was the largest gas producing company in the world, foreign companies showed limited interest in its shares, largely due to the lack of transparency of the company and its subsidiaries, discriminatory conditions for foreign investors, etc.

Since 2001, R. Vyakhirev has been replaced by Alexei Miller as the head of Gazprom, and for some time the current Prime Minister Dmitry Medvedev worked as chairman of the board of directors. Since that time, the activities of the concern's management have been aimed at returning the assets lost in the 90s after privatization and the numerous operations that followed it, the meaning of which for the majority of the Russian population was not clear then and, moreover, is forgotten today.

Today, Gazprom is not only a gas production structure and the world's largest gas transmission network. In total, more than 600,000 km, including almost 200,000 km of "main" pipelines, there are large-scale plans for further expansion and construction of the network. 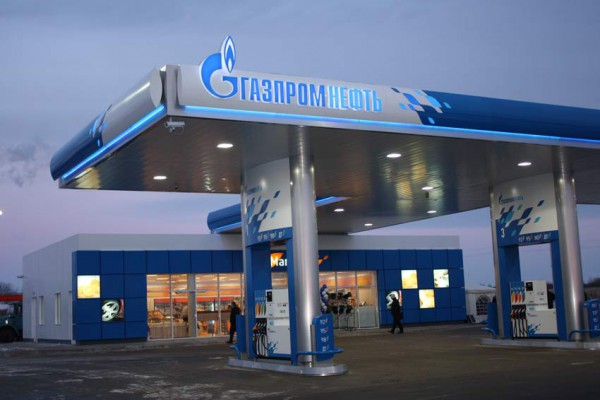 In addition, the concern's subsidiaries are engaged in all sorts of activities, including completely non-core activities - Gazpromneft is involved in oil production (Gazprom is in the top twenty largest world producers in terms of oil supplies), Gazprombank manages finances and many non-core assets of the concern, Gazprom-Media - owns the media: publications, TV channels and radio stations, including, and there is some irony in this, openly opposition ones, like Ekho Moskvy. For a concern with state participation of more than 51%, the activity, at first glance, is rather strange.

One way or another, the state controls a gigantic “mechanism” that manages 17% of world gas production and more than 60% of Russian gas, and, if necessary, supplies (or lack thereof, games with prices and contracts) can easily be used for political pressure on European so-called. "partners", including Ukraine, Poland, Belarus, the Baltic and other countries, depending on the current foreign policy situation. In any case, the "partners" of the concern accuse Russia of this.

The main "scarecrow" for "Gazprom" today is shale gas - not a new, but, until recently, a relatively little-used type of hydrocarbons (it's all about the specifics of production). Its production is developing by leaps and bounds in the United States, the latter inspire their European satellites for cooperation.

While the American and European media are trumpeting about the imminent end of dependence on Gazprom resources, it is worth remembering that there are no reliable data on this yet, those that are cannot be called reliable, if only because they have a distinctly political color.

As a result, it is rather difficult to reliably assess the future prospects of Gazprom - too many factors affect the company's position in the market - from the peculiarities of world politics to the presence of gas resources in one or another type of shale, the presence of promising deposits, etc.

One thing can be assumed - if Gazprom starts having serious problems, they will inevitably begin with the Russian population. Too much in Russia is "tied" to the raw material sector of the economy.