Often on the logos of certain companies one can see mountains, castles, bridges. We are accustomed to these images and practically do not pay attention to them.

And, by the way, somewhere there are real sights that inspired the founders and owners of the respective brands in their time. Today, the history of these places is inextricably linked with the history of certain brands. And we invite you to familiarize yourself with the most obvious examples of this. 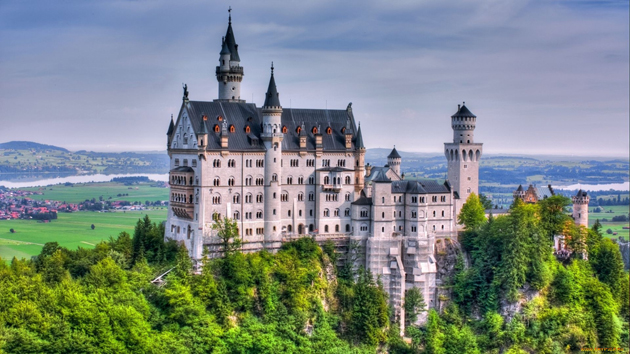 On the corporate logo Walt Disney Pictures a romantic castle flaunts, which, despite all its emphasized fabulousness, is not at all fictional. He has a real prototype - Neuschwanstein Castle, which is located in the southwestern part of Bavaria, near the border of Germany and Austria. 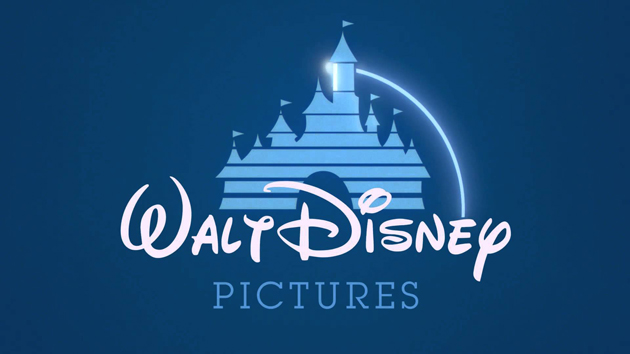 Built in 1883 for the Bavarian king Ludwig II, Neuschwanstein has served as a source of inspiration for a wide variety of artists from the first day of its foundation. So, for example, thanks to him, Pyotr Tchaikovsky came up with the idea of the ballet "Swan Lake". And Walt Disney decided not to part with the image of the castle at all and placed it on the logo of his company. By the way, a smaller copy of Neuschwanstein is located in Disneyland Paris and serves as the Sleeping Beauty's castle. 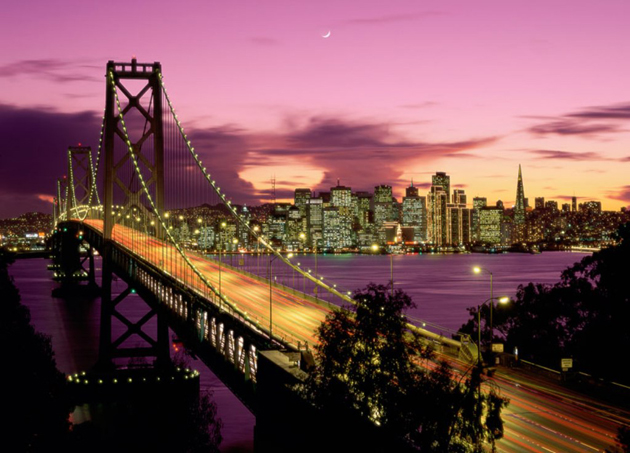 The American company Cisco Systems, engaged in the development and sale of network equipment, was founded in 1984 by the spouses Leonard Bosak and Sandra Lerner. The company got its name in honor of the city of San Francisco (Cisco is its shortened version), and the logo was chosen accordingly - a stylized image of the city's famous bridge called the Golden Gate. 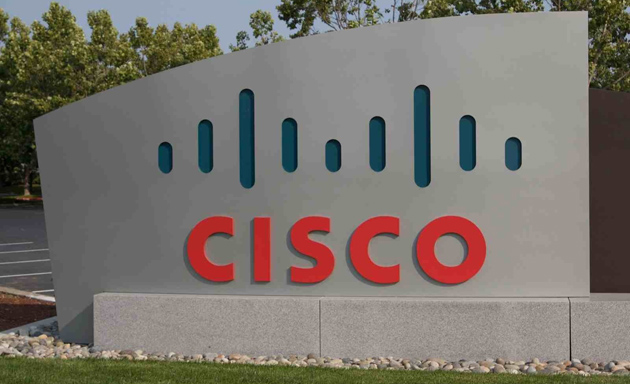 Cisco is still considered a cult company among network administrators and engineers, and therefore a tattoo with the company logo (and the Golden Gate Bridge, respectively) can be seen on many fans of this company. 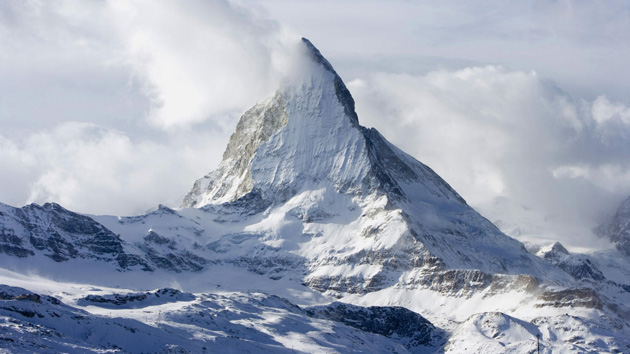 The Toblerone chocolate bar was created by Jean Tobler, a pastry chef from Bern, Switzerland, in 1908. Unique in its composition, it was also distinguished by its unusual shape. According to one version, the triangular shape of the bar is a reference to the Matterhorn mountain, located in the Swiss Alps near the border with Italy. 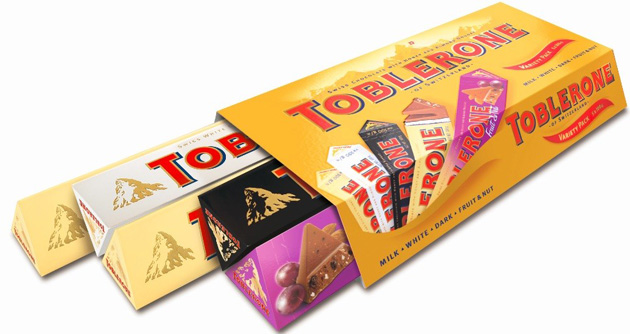 This version is very similar to the truth, since the emblem of the Matterhorn mountain is also used on chocolate packaging. By the way, if you look closely, you will see the silhouette of a bear in the center of the logo. The fact is that the bear is a symbol of the city of Bern, the birthplace of the founder of the company. 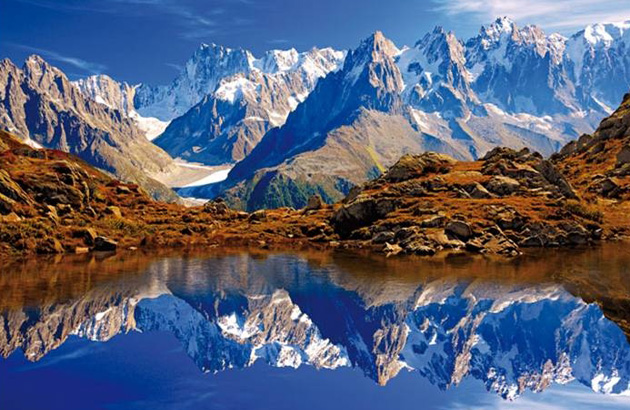 This mineral water, popular all over the world, comes from a spring near Evian-les-Bains, south of Lake Geneva. The snow-capped peaks of the Alps got on the company's logo not by chance, as Evian is bottled and surrounded by these majestic mountains. If you visit the Chamonix Valley, you will easily recognize Mont Blanc and its two neighbors, which at one time were transferred to the company logo.

As for Evian water itself, it has been mined in these parts since the middle of the 18th century. True, it gained worldwide popularity only in 1978, when it entered the American market and became the favorite drink of Hollywood stars. 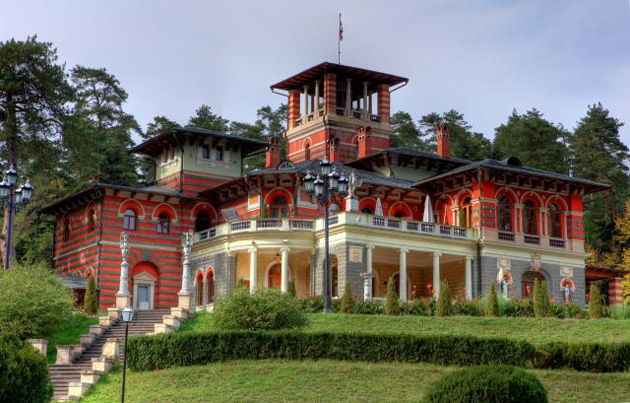 If we talk about mineral waters, then we cannot fail to mention Borjomi, which is mined in the Georgian town of the same name. The label of this mineral water is unchanged, and on it we see the Caucasus Mountains, the fountain and the wing of the Likan Palace. 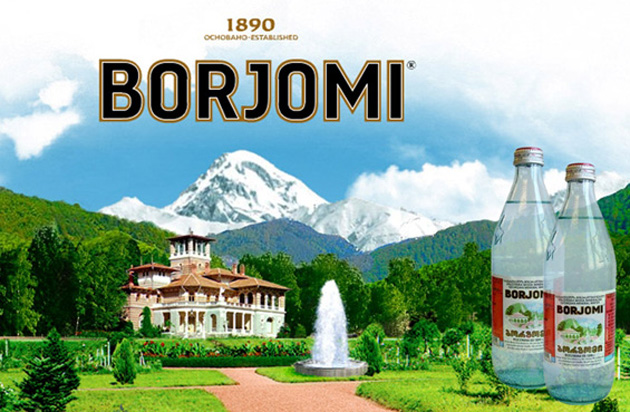 This Moorish-style villa was built for Prince Nikolai Romanov back in 1892. To provide it with electricity in 1898, the first hydroelectric power station in the Russian Empire was built. The castle got on the label of Borjomi mineral water in the 30s of the last century, as the personification of those places where healing water is extracted. 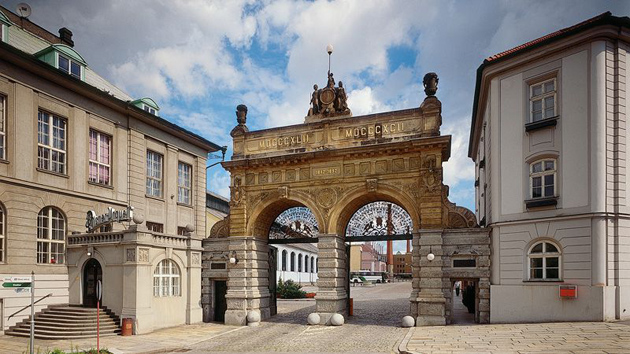 Pilsner Urquell is by far the most popular beer brand in the Czech Republic. It has been produced since 1842 and is known all over the world for its unique manufacturing technology. Pilsner Urquell is a pale lager with a characteristic bitterness, hop flavor and light fruity aroma. There is a bar in Paris on Boulevard Montparnasse with 140 brands of beer mentioned in the drink list, and only against Pilsner Urquell is “The best beer in the world”.

This masterpiece of brewing is produced in the old Czech city of Pilsen. The entrance to the territory of the brewery is decorated with large arched gates. It is their schematic representation that flaunts today on every bottle of this beer. 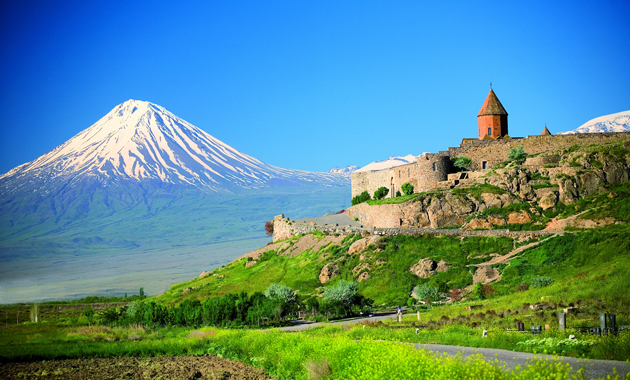 The famous Armenian cognac Ararat got its name in honor of the mountain of the same name - a huge mountain range of volcanic origin, reaching 5165 meters at its highest point. Mount Ararat can be seen from almost anywhere in Yerevan, it is the national symbol of Armenia, it is shrouded in ancient legends, various beliefs are associated with it. 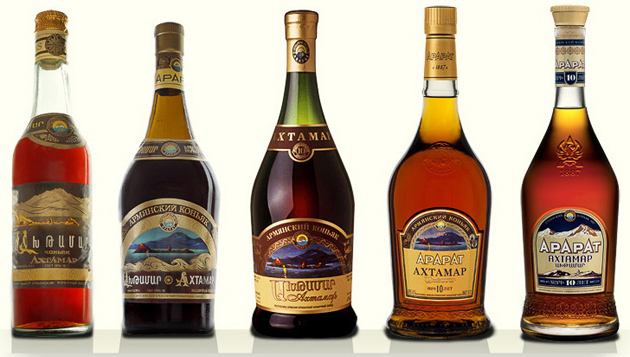 According to biblical legends, it was to Mount Ararat that Noah's Ark landed to escape the Great Flood. When the water receded, Noah and his family went down to the Ararat valley and settled on it. Noah planted a vine here, thereby laying the foundation for national winemaking. It is from these vineyards that the world-famous Armenian cognac is produced today. Well, Mount Ararat is depicted on the label of each of the bottles of the drink.