Swedish tire manufacturer that began operations in 1893. The company was founded by the brothers Carl and Wilhelm Gislow. It was in the town of Gislaved, so, as we can see, they did not get smart with the name. The full name looked like this: Svenska Gummifabriken i Gislaved. Interestingly, before founding their own company, the brothers lived in the United States for quite some time, where they worked in factories for the production of rubber products.

Like many other tire manufacturers, the company Gislaved began with the production of a wide variety of rubber products. In 1904, the production of bicycle tires begins. The first car tire (including the first one made in Sweden at all) was released in 1905. But it is not known whether they could become quite popular if it were not for Volvo. The well-known car manufacturer started its activity in 1927. For obvious reasons, it was decided to equip Swedish cars with Swedish tires. Thanks to this cooperation, production volumes Gislaved rapidly multiplied. 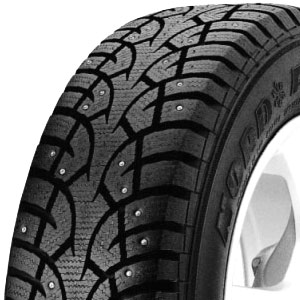 And if it took more than four decades to reach the first million, then things went much better in the future - by the end of the 60s, more than a million tires were produced a year (today - about three million pieces a year). By that time the tires Gislaved were quite common not only in Sweden, but also in other countries around the world. Winter tires are especially popular - nevertheless, the Swedes, being residents of a northern country, are well aware of what real cold is.

The company can also boast of unique achievements. For example, in 1967 Gislaved introduced the world's first steel cord carcass radial tire. By the way, all this time the company was engaged not only in tires, but also continued to produce other products. And not only from rubber (division Gislaved Gummi), but also from various plastics. For example, cellophane film (subdivision Gislaved Folie). Later, these divisions would become independent companies that still exist today.

1983 was marked by the spin-off of tire production into a separate company named Gislaved Dack AB. In 1987, it merged with another tire manufacturer - Viking Deck A/S Tires from Norway. As a result, the company was founded Nivis Tire AB, with both brands retained.

Since 1992 Nivis Tire AB owned by a German company Continental AG, which is engaged in the production of tires under the brand Gislaved. Production was moved to other countries - the last tire in Sweden was produced in 2002.