The history of this world-famous tire manufacturer began in 1898, when a certain Frank Seiberling begged for a certain amount from his stepbrother and with this money acquired a small factory, where he started manufacturing a wide variety of rubber products, including tires for horse-drawn vehicles. and bicycles. It was in the town of Akron, Ohio (Akron, Ohio, USA.), where to this day the company's headquarters is located.

Quite often one hears the opinion that the name of the company is either a good wish or a hint that the products are able to serve flawlessly throughout the year. In fact, everything is much simpler. Frank named his company after Charles Goodyear, the man who gave the world the rubber vulcanization process. The now universally known logo with the winged sandal of Mercury appeared in 1901 and was designed by the founder of the company himself.

Coming good year into the world of cars also took place at the very beginning of the twentieth century, when Frank convinced Henry Ford to use his tires. The famous car manufacturer tested them in races and was satisfied. The agreement was concluded on a long-term basis. So, the legendary Ford T was equipped with tires good year. 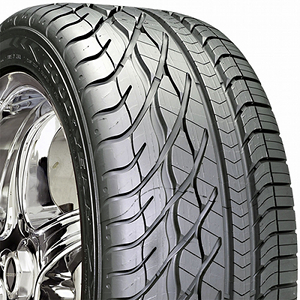 In 1912, the first European office of the company appeared - in London. The rapid development of industry has the most positive effect on the development good year. By 1917, the company produced not only tires and fire hoses, but also airships. Since then, it is the airship that has become a symbol good year. The company is the first in the US to launch these rigid aircraft by acquiring a patent from a German company. Zeppelin.

By 1926, it manages to become the largest tire manufacturer in the world. By that time, tires were already being produced for all possible types of equipment, including aircraft. In 1951, tire sales alone exceeded US$1 billion.

The history of the company, which was removed from both world wars, did not know global upheavals. It is a timeline filled with many innovations and discoveries. In a detailed presentation, it is of little interest to the average reader. good year managed to retain the title of the world's largest manufacturer of tires and rubber products. Including sportswear, such as sneakers, which are produced in collaboration with a German company Adidas. 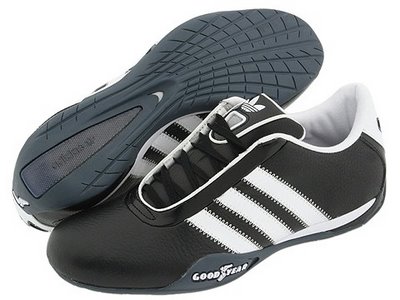 Beyond own brand good year also belong to such "celebrities" as Fulda, Dunlop, Debica, Lee, Sava и Kelly. Factories and representative offices of the company are scattered around the world - the number of both is in the tens.

In the once famous computer game Carmageddon the wheels of cars that were driven by maniac drivers were “shod” in brand tires BadYear. This even gave rise to many to suggest that in this way the company good year unobtrusively "squeezed" into the game its advertising, based on a funny pun. 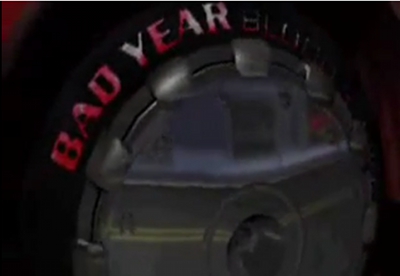