Japanese corporation Gree, developer of a platform for mobile social games, acquired the company Open Faintlocated in the USA. For one of the leaders in the Japanese market, this acquisition was an excellent opportunity to enter the global market in its field. 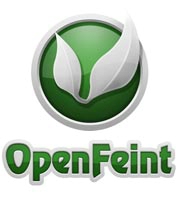 Corporation Gree announces reaching 25 million users on its developer-supported social gaming platform. After the transaction, this number, according to analysts, will increase to 100 million. Open Feint supports a platform for more than 5,000 popular games for mobile applications, the most famous of which is Fruit Ninja, for devices under iOS и Android, and Tiny Wings, a popular game for iOS. The US-based company works with 19,000 mobile game developers, covering approximately 75 million users worldwide.

The plans of the joint company include the creation of a global ecosystem of social mobile games, which will unite both users and developers around the world. The deal amounted to 104 million US dollars.