A German manufacturer specializing in the production of all kinds of accessories designed for computers and household appliances, as well as for photo, audio and video equipment. Most of the assortment consists of various small, but very useful things, without which it is often difficult to do without. A classic product example Hama are different cables.

The company began operations in 1923, when a young (and he was only 18 years old) German photographer Martin Hanke founded a small company Hamaphot KG for the production of accessories for photographic laboratories. It was in Dresden (Dresden, Germany). At first, it was difficult and no one would have believed then that a small office would eventually turn into a large corporation with a worldwide reputation and many subsidiaries.

After the end of World War II factories Hamaphot lay in ruins. Then it was decided to move to Monheim (Monheim). The company's headquarters are still located there.

For a long time the company specialized in photographic equipment. For example, in 1950, the production of inexpensive camera models began, which quickly became popular. 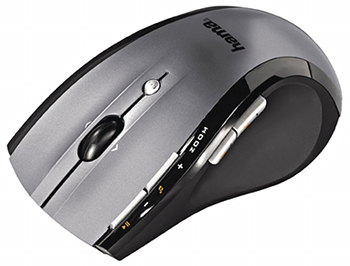 However, in the 80s, the production of various accessories for audio and video equipment began. The beginning of the 90s was marked by the launch of the production of computer accessories. At the same time, it was decided to change the name to a simpler one in order to emphasize the fact that the products are no longer limited to photo products alone. So in 1993 appears Hama GmbH & Co KG. The UK branch of the company is called Hama PVAC Ltd. (from Photo, Video, Audio, Communications)

The company owns brands such as Hamafix (equipment for slides) and Chiemsee (cases and bags).

Since 2000, the company has also been dealing with accessories for digital cameras.