Heineken is one of the most popular beer brands in the world. It is owned by the company of the same name, which also owns beer brands. Amstel, Affligem, Ochota, Tiger, Star and dozens of others.

Heineken is headquartered in Amsterdam, the capital of the Netherlands. The founding date of the company is considered to be 1864, when entrepreneur Gerard Adriaan Heineken decided to acquire a brewery and start producing beer. The company is still partially owned by the Heineken family. In 1873, the brewery received the name of its owner and became known as Heineken's Bierbrouwerij Maatschappij.

The company owes its success to the unique taste of beer and its quality, for which a separate division, the Heineken laboratory, is responsible. It is also important that the company has been actively developing the export direction since the middle of the last century, in particular, acquiring local production and due to this it is actively developing. 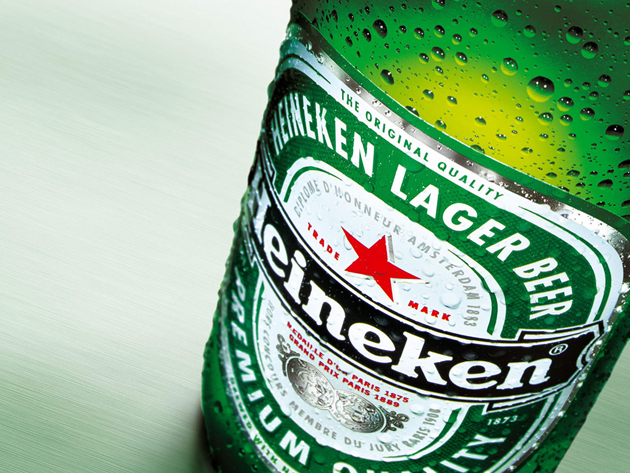 The company throughout its history has made many transactions for the purchase of local beer brands in different countries, which allowed it to become one of the world's largest producers in this industry. So, in 1968, Heineken's main competitor in the Netherlands, Amstel, was acquired, and in 2007, another world-famous brewery, Krusovice Brewery. In total, the company owns more than 165 breweries in many countries of the world.

The Heineken logo - it did not differ much from the modern one - began to be used from 1883. Although it has changed over time, it has remained true to its green color and the use of a five-pointed star, as well as a black band with the name in the middle of the oval label. Interestingly, the star on the logo was originally colorless, the red tint appeared on beer labels only in the 1930s. In 1951, the star became colorless, but not for stylistic reasons, but for political reasons - so as not to be associated with the communist regime, and in 1991 it again acquired a red color.