The Hershey Company (until April 2005 Hershey Foods Corporation) is one of the world's largest food manufacturers and the oldest chocolate company in the United States (founded in 1884 by confectioner Milton Hershey). It is best known for its chocolate bars, among which the most famous is Hershey's. He also owns the Hersheypark theme park. The main competitor of the Hershey Company in the United States is historically considered the company Mars.

Some sources claim that Hershey was the first company in the world to produce chocolate in the form of bars. The first such tile appeared on sale in 1900. The format turned out to be extremely successful and eventually gained popularity around the world.

To say that Hershey Company products are popular in the US is an understatement. Its products were actively used by the military (especially large orders came from them during World War II), Hershey's bars were included in the diet of the Apollo astronauts who visited the moon. In general, the history of the company can be called a real success story. 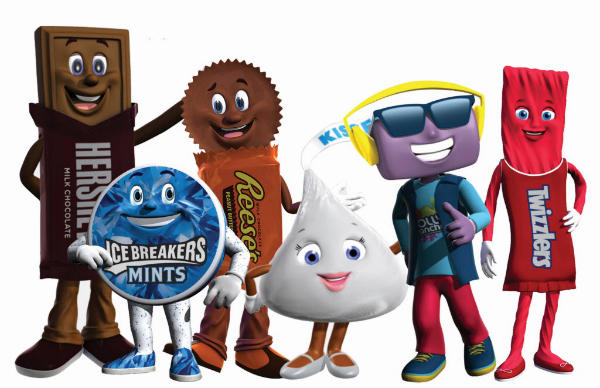 However, there were also problems. So, at the beginning of the 21st century, the company experienced far from the best of times. There was even a period when the possibility of selling it was seriously considered. Possible buyers included such monsters as Cadbury, Nestle m Wrigley. However, as a result, the deal, which could have become the largest in the history of the US confectionery industry, never took place, The Hershey Company remained independent. A well-executed restructuring allowed us to get back on our feet relatively painlessly.